Over 1,000 individuals leave Cebu, return to their home provinces 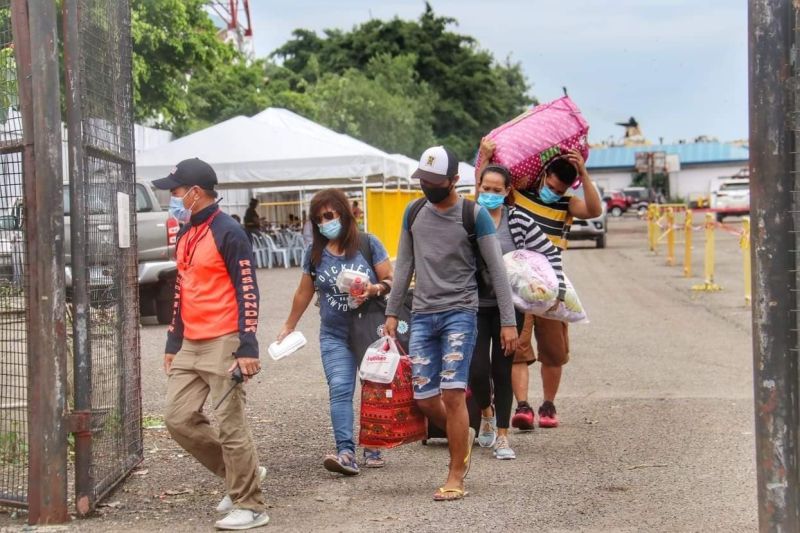 AS TRAVEL restrictions eased after several places in the country were placed on general community quarantine or its modified version for the first 15 days of August, a total of 1,321 individuals left Cebu while 379 Cebu natives arrived in the past five days.

Most individuals decided to return to their hometowns as they no longer have jobs, and they can hardly find one as most commercial establishments continue to struggle amid the crisis brought about by the coronavirus disease 2019 (Covid-19) pandemic. In Cebu, several businesses either permanently or temporarily closed in the first half of 2020, displacing thousands of workers.

Others were students from other provinces studying in Cebu.

Public transport is allowed in both general community quarantine (GCQ) and modified GCQ settings provided that the physical distancing is observed inside permitted public utility vehicles.

The return of individuals from places where there is a high number of Covid-19 cases has spread fear that they might be carriers of the new coronavirus. However, the receiving local government units have put in place health protocols such as mandatory quarantine to ensure that their residents who arrive from other places are healthy.

From Aug. 1 to Aug. 5, 2020, the Cebu Port Authority said 379 individuals from various cities and municipalities arrived in Cebu.

Last Aug. 1, 53 individuals arrived in Cebu from Cagayan de Oro City and Surigao City in the northern parts of Mindanao, and Tubigon and Tagbilaran City in Bohol.

Twenty-eight persons arrived from Calbayog City in Samar and Tubigon on Aug. 5.

The Cebu Port Authority reported that there were 1,321 individuals who left Cebu in the past five days.

Cebu Port Authority General Manager Leonilo Miole said that starting Aug. 15, passengers will not be allowed to board any ship if they are not wearing masks and face shields.

The cities of Cebu, Mandaue, Lapu-Lapu and Talisay, and the municipalities of Consolacion and Minglanilla are under GCQ. The rest of Cebu Province—42 municipalities and five component cities—are under MGCQ.

The Cebu City Government had given financial aid to 106 locally stranded individuals before they travelled back to their home provinces.

Most of the beneficiaries were residents of Cebu Province, Bohol, Negros Island and parts of Mindanao, according to Jonil Matuguina, operation head of the Cebu City Department of Social Welfare and Services (DSWS).

Matuguina said they started giving the financial aid on Monday, Aug. 3, 2020 and it will end on Aug. 31.

Not all of the locally stranded individuals will be given financial help as some had already left Cebu City while others had their trips rescheduled for various reasons.

The persons who want to go back to their home provinces and have no access to the internet can visit the barangay halls for assistance. The barangay secretaries can help them process the requirements.

The documents that must be submitted are copies of valid identification card, travel authority from the police and a barangay document certifying a person is a locally stranded individual. These documents must be submitted in a PDF file to project.spgarcia@gmail.com, the email address of City Councilor Raymond Alvin Garcia.

Garcia’s office’s task is to send the list to the DSWS; social workers will interview the applicants.

There are about 18,000 locally stranded individuals in Cebu City, but not all of them can get financial assistance from the city government as some of them have no identification cards to prove they are non-Cebu City residents. (HBL, PAC / KAL)