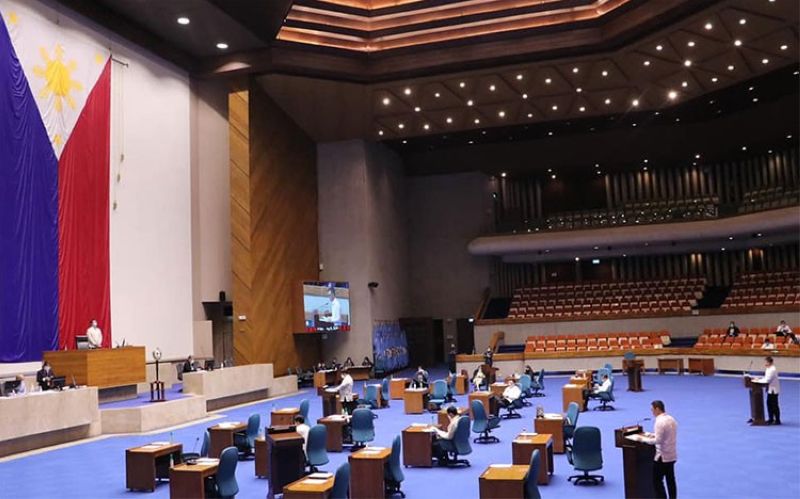 LEADERS of political parties and party-list groups in the House of Representatives on Thursday, August 5, 2020, signed a manifesto supporting the passage of the Bayanihan to Recover as One or Bayanihan 2 bill “the soonest time possible.”

The lawmakers said they are heeding the call of President Rodrigo Duterte to speed up the passage of the second version of the Bayanihan Law.

“Given our dire situation, the President appealed to Congress in his latest State of the Nation Address (Sona) to pass a second version of the Bayanihan Law to prevent the spread of Covid-19 virus and speed up our country’s recovery from the coronavirus pandemic,” they said.

“Heeding to the President’s call, we now declare our commitment to unify our respective political parties and party list organizations in order for the House of Representatives to pass the Bayanihan 2 bill at the soonest time possible,” they added.

On Wednesday night, the House approved on second reading its version of the Bayanihan 2 bill.

House Bill (HB) no. 6935 features a P162-billion standby fund to address the Covid-19 crisis including the allocation for the following:

• P10.5 billion allocated to the Department of Health (DOH);

• P3 billion for the procurement of face masks, personal protective equipment (PPE) sets to be provided to all barangay health workers;

• P4 billion to finance the construction of temporary medical isolation and quarantine facilities, field hospitals, dormitories for frontliners and for the expansion of government hospital capacity all over the country;

• P20 billion for the implementation of appropriate cash-for-work programs for displaced workers;

• P51 billion for the infusion of capital to government financial institutions (GFIs);

• P20 billion to provide direct cash or loan interest rate subsidies under the programs of the Department of Agriculture (DA), and other forms of assistance to qualified agri0fishery enterprises, farmers, and fisherfolk registered under the Registry System for Basic Sectors in Agriculture;

• P10 billion to finance the programs of the Department of Transportation (DOTr);

• P10 billion to finance the programs of the Tourism Infrastructure and Enterprise ZOne Authority (Tieza);

• P100 million to finance the training and subsidies for tourist guides;

• P3 billion to assist state universities and colleges (SUCs) in the development of smart campuses through investments in infrastructure;

• P600 million for subsidies and allowances to qualified students of public and private tertiary education institutions;

• P300 million for the subsidies and allowances of affected teaching and non-teaching personnel;

• P1 billion for additional scholarship funds of Tesda; and

• P12 billion to finance the Department of Social Welfare and Development (DSWS) programs Assistance to Individuals in Crisis Situations (AICS), Emergency Subsidy to cater to areas which will be placed on hard lockdown.

The Senate’s version of the bill, which provides a P140-billion standby fund, was approved on third and final reading last July 28.

The first Bayanihan law, Bayanihan to Heal as One Act, expired on June 24, 2020. (SunStar Philippines)