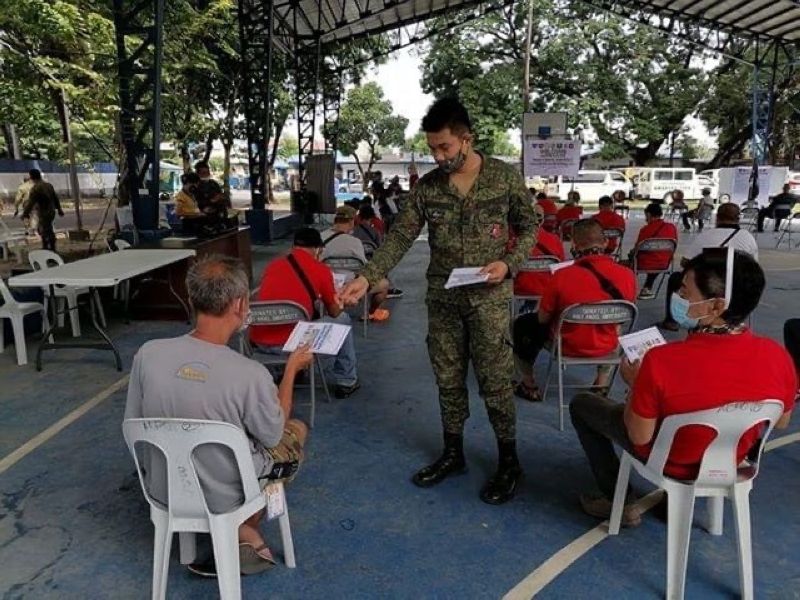 PAMPANGA. A total of 33 barangay captains in Angeles City expressed support to the anti-terrorism drive of the government. (48th Infantry Battalion)

A TOTAL of 33 barangay captains in Angeles City, Pampanga have expressed support to the anti-terrorism drive of the government.

They made their pledge during the Awareness on Communism, Terrorism and Security for Peace 2020 forum held Wednesday, August 5, at the Angeles City Police Office Covered Court.

"We have been persistent together with our police counterparts on ways on how to impart information and awareness to the people in our area of operations. This is to avoid misinformation and to promote harmony in the implementation of the Anti-Terrorism Law of 2020. This endeavor will continue and, together with our police counterparts, we will reach out to every corner of our area of operations to inform and to impart regarding the new law," Valdez added.

In a statement, 703rd Brigade Commander Brigadier General Andrew Costelo said this is a good step of the 48IB for the barangay chiefs to be made aware of the true and clear provisions of the Anti-Terrorism Law of 2020.

"Alongside with the Executive Order 70, it is necessary that barangay executives will be equipped with true and needed information regarding the law to avoid confusion and to synchronize the effort towards peace and development," the official added. (PIA)