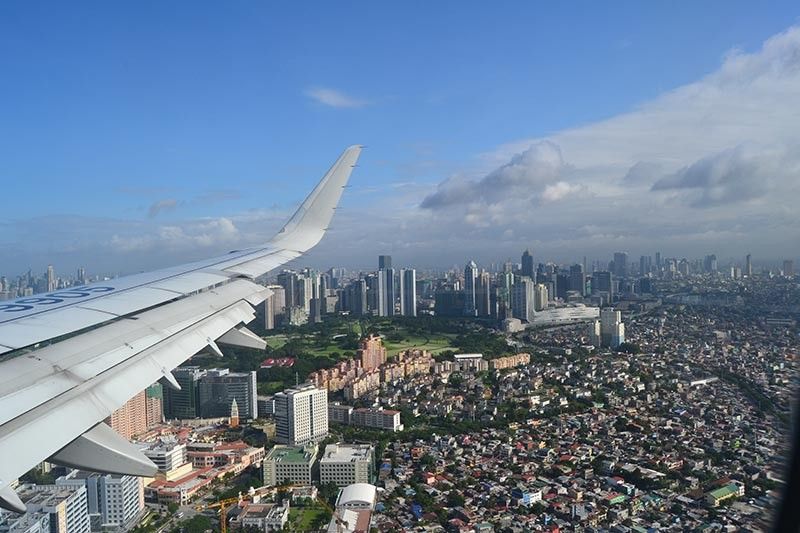 DAVAO. The Philippine economy recorded its lowest gross domestic growth rate after the economy contracted by 16.5 percent in the second quarter of 2020. However, economic and finance officials are seeing signs of recovery in manufacturing and trade. (RJ Lumawag)

THE Philippine economy contracted by 16.5 percent in the second quarter of 2020.

This is the second consecutive quarter the country's economy contracted due to the existing effects of the coronavirus disease 2019 (Covid-19).

In the first quarter, the Philippine economy contracted by 0.7 percent.

According to the Philippine Statistics Authority (PSA), the second quarter figure is the lowest recorded gross domestic product (GDP) growth rate since 1981 series.

"Household consumption and private sector investment, which drove growth in the past, have significantly declined given the closure of businesses and the loss of income during the ECQ (Enhanced community quarantine)," Chua said.

On Tuesday, the Department of Labor and Employment (Dole) announced that based on their records, 140,958 workers from 6,843 establishments nationwide have been displaced from January 1 to August 2. The agency has not yet provided data as to how many of these workers were displaced during the lockdowns. The agency also reported that 6,163 have reduced their workforce while 680 have closed permanently.

"Fully aware of the impact of the ECQ on businesses and livelihoods, the government ramped up spending to protect, among others, some 18 million low-income households and 3.1 million workers of small businesses, or a total of around 85 percent of households, by providing them the biggest ever income support and wage subsidy program," Chua said.

He said the government as allocated P655 billion "to support the people and the healthcare system under Pillar 1 and 2" of its Covid-19 response strategy. Some P400 billion have already been disbursed.

"Without continued and increased public-sector spending, especially on infrastructure, public health, and social protection, our economy would have performed much worse, and the first semester GDP would have shrunk by 2.5 percentage points more than it did, or a total of 11.5 percent versus the actual 9 percent," said Secretary Carlos G. Dominguez, Department of Finance.

PSA also reported that the industry and services sector also contracted in the second quarter by 22.9 percent and 15.8 percent, respectively.

Despite the slow decline in the services and industry sectors, PSA reported that the agricultural sector grew by 1.6 percent.

"In particular, rice production grew by 7.2 percent as implementation of the Rice Competitiveness Enhancement Fund under the Rice Tariffication Law is accelerated," Chua said.

Despite the GDP plunging amid the pandemic, Chua said they are seeing signs of early recovery.

"Manufacturing production, exports, and imports have taken a U-turn as the pace of decline slows," Chua said.

Dominguez said the value of production index for the month of June showed a slower annual decline of 22.5 percent compared to the 31.2 percent decrease in May and 41.2 percent in April.

"While the volume of production index in June shrank by 19.3 percent year-on-year, the decline was slower compared to May's drop of 28.5 percent and 38.8 percent in April. In addition, the overall manufacturing capacity reached 73 percent in June, up from 72.4 percent in May and 70.5 percent in April," he said.

Chua also said exports and imports are beginning to recover.

"The Bureau of Customs was able to surpass its July collection target by five percent due to higher import volumes. This follows above-target performance in June, and signals rising economic activity," Dominguez said.

He added, "The Bureau of Internal Revenue, for its part, exceeded its July collection target by two percent. The major tax gains last month were seen in both excise and value-added taxes, signs that consumer spending is starting to pick up."

Chua assured that the Philippines has strong foundations that will allow it to recover from the pandemic.

"Our strengths come from successfully enacting important, game-changing economic, social, and institutional reforms that have better prepared us for the unique challenges we face today," he said.

As an example, Chua said without tax reform and rice tariffication, "the government would not have the resources to provide emergency subsidies to the people and worse, their diminished income would have been eaten by much higher rice prices."

He also said Bayanihan 2 would also help the country recover.

The Build Build Build program and the 2021 Budget are also seen to complement the country's recovery efforts.