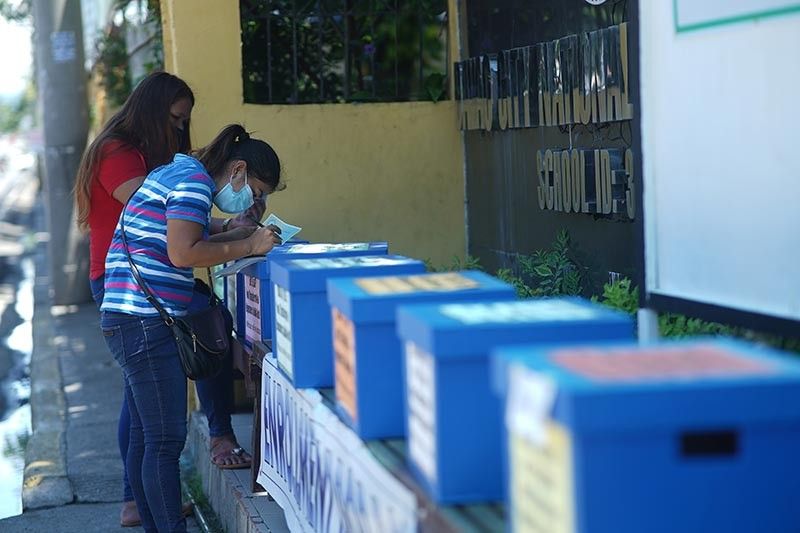 DAVAO Region is all ready to implement the different learning modalities this August 24, 2020, an official from the Department of Education (DepEd)-Davao claimed despite some issues and concerns in its implementation.

DepEd-Davao spokesperson Jenielito Atillo said in a radio interview on August 6, Thursday, that based on their conducted dry run in some public schools in the region, they were able to have a clear grasp on the expected set up in the opening of the school year 2020 to 2021.

"Our dry run has allowed us to generate a lot of information nga kaya na gyud diay nato himuon ang August 24 opening (we can say that we are ready for the August 24 opening)," Atillo said in an interview via 87.5 FM Davao City Disaster Radio.

But he said existing challenges in the internet connectivity and the lack of gadgets for both teachers and students remain to be the problem with the newly-implemented learning modalities.

The National Telecommunications Commission (NTC)-Davao Region, in a previous report, called on all telecommunication companies to improve their services, especially in far-flung areas, in preparation for DepEd's online distance learning.

NTC-Davao, in a separate interview, admitted the region is not yet ready for online classes due to slow internet connectivity in some rural areas and the absence of cell towers.

But he said DepEd has other learning modalities such as printed, TV or radio-based learning.

Parents, meanwhile, are also being encouraged to supervise their children, as they have a huge role in facilitating in their children's studies.

Atillo said teachers will be communicating with the parents from time-to-time to check on their performance.

He also said DepEd will be deploying "learning facilitators" who will be visiting house-to-house to personally conduct lectures, and check their learning comprehension. He said they will strictly follow health protocols.

But he clarified that not everyone will be visited due to the limited manpower.

"We have to make sure nga ang learning is nakuha gyud sa bata (that the student learns)," Atillo said.

Meanwhile, the City Government of Davao, through the Local School Board (LSB), will be distributing prepaid home Wi-Fi modem to all public elementary and secondary teachers in the city.

Alliance of Concerned Teachers-Davao City (ACT-Davao City) Division president Reynaldo Pardillo, who was present during the turnover on August 5, told SunStar Davao in a phone interview that they are thankful to the City Government for responding to their woes for internet connection.

Pardillo said the budget for the free internet modem was sourced from the Special Education Fund (SEF).

Davao City Mayor Sara Duterte-Carpio said in a previous radio interview that the city will be utilizing SEF for DepEd's blended learning approach.

The funds, according to the mayor, were supposed to be used for the Davao Regional Athletic Association (Davraa) and Palarong Pambansa this year but these have been canceled due to the pandemic.

Admittedly, he said some teachers are still worried because some areas, depending on the internet service provider, have poor internet signal.

Pardillo also said the city will allot the SEF for the printing of the learning modules, which he said is supposed to be shouldered by the DepEd central office.

"Ang DepEd central murag [naa'y] failure sa pagpadala sa maong pag-prepare sa production sa module (The DepEd central office has somewhat failed in preparing for the printed modules)," he said, adding the DepEd local divisions had to do it, which he said is a bit time constraining considering classes will resume weeks from now.

Pardillo said he agrees with Atillo's statement, but he said they are also concerned with the preparation of the modules.

He added there are more things that are needed to be addressed in the implementation of the printed learning modulars since it will be the first time DepEd will be implementing it in a regular school year.

DepEd-Davao said the Covid-19 pandemic has brought a slight reduction of enrollees in both public and private schools in the entire Davao Region.

Abigail Macasampon, a mother of a five-year-old child, said she decided not to enroll her child this school year due to Covid-19 pandemic.

Macasampon said she cannot afford to have her son exposed to the physical learning set-up, which is being discouraged at this time of pandemic.

She also said that she decided not to enroll her child in online distance learning, due to their area's poor internet connectivity. Instead, she said they let her son watch educational shows on TV.

But for her, having a physical classroom setup is still advantageous compared to a distance learning setup.

"I prefer physical classroom setup kay mas maka-interact ang bata with the teacher and other students personally. Mas ma-develop man gud ang psychomotor skills sa bata kung naay personal activities. Mas ma-develop pud iya behavior and treatment towards others, kaysa online learning (I prefer physical classroom setup because my son can personally interact with his teachers and fellow classmates. His psychomotor skills would also be developed through personal activities. His behavior and treatment towards others would also be developed compared to online learning)," Macasampon said.

She hopes the pandemic will end soon so she could enroll her child next school year.