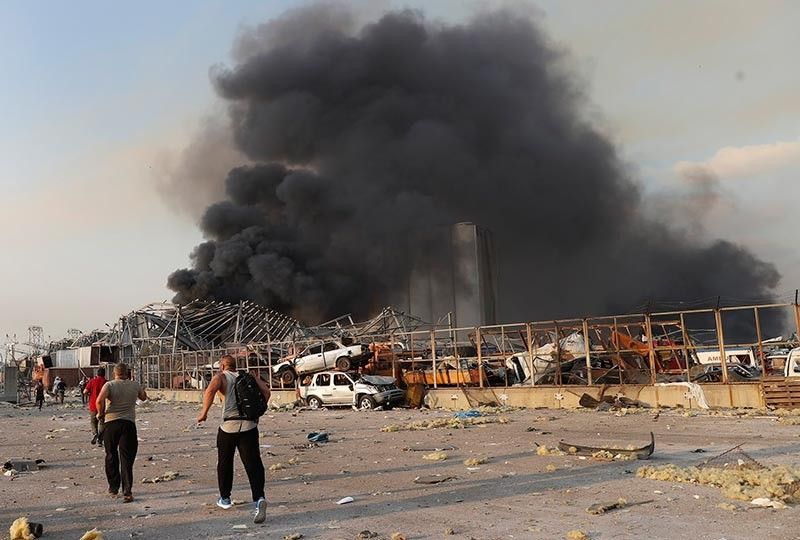 THE Department of Foreign Affairs (DFA) announced that all 13 Filipino seafarers of a ship that docked near the blast site in Beirut, Lebanon are now safe and accounted for.

"Our Embassy in Beirut has ascertained the conditions of all 13 Filipino seafarers who were injured in the blasts that rocked the city recently," Sarah Lou Y. Arriola, undersecretary for Migrant Workers and Affairs, said in a statement.

The 13 seafarers are among the crew of the Orient Queen Cruises, which was docked around 400 meters away from the blast zone when the explosion happened on Tuesday, August 4, 2020.

Eight of the Filipino seafarers are currently staying at the company accommodation of Abu Merhi Cruises at Ain el Mraiseh, Beirut. The company operates the Orient Queen Cruises. The other five were having a medical checkup when embassy officials checked on them.

Following the blast, two Filipinos were reported to have died from the explosion.

Aside from the 13 seafarers, there are six other Filipinos who were also injured.

The Philippine Embassy in Beirut also reported that one Filipino Household Service Worker has been reported missing.

As of press time, DFA has not yet provided an update on the missing Filipino Household Service Worker.

There are currently 31,916 Filipinos in Lebanon.

The blast at the Port of Beirut on Tuesday, August 4, killed at least 135 people and injured more than 5,000.

According to an Associated Press report, investigators are probing on the negligence in the storing of 2,750 tons of ammonium nitrate, a highly explosive chemical used in fertilizers. The chemical was stored at the port's warehouse for six years.

Beirut Governor Marwan Abboud said the losses from the blast could be around $10 billion to $15 billion. The blast also left 300,000 homeless.