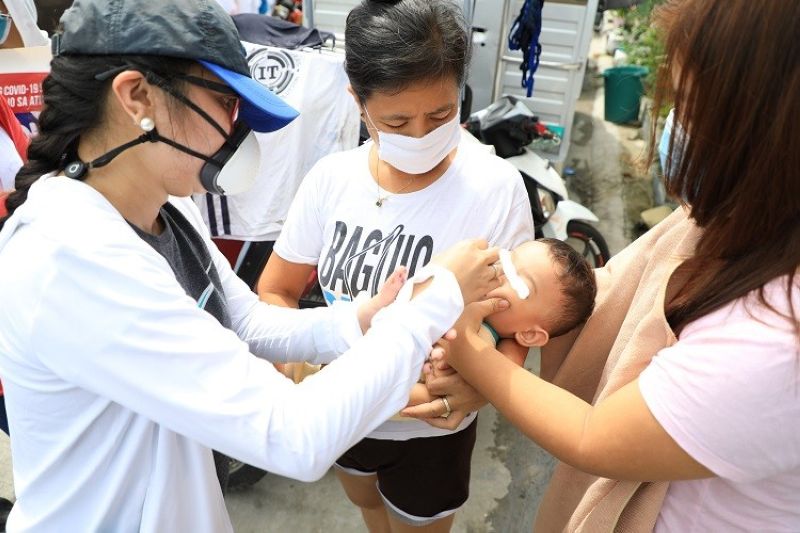 Dr. Iris Muñoz, Expanded Program in Immunization manager, said the city is targeting 85 percent of the 36,069 eligible population of zero-to-59-month Fernandinos in the 35 barangays.

The CHO will continue the anti-polio immunization drive until August 16 and Fernandino kids will be receiving their second dose of polio vaccine in the second round of SPKP in September.

Meanwhile, Muñoz assured parents and guardians that the polio vaccine is safe for their children.

As of the writing, the City of San Fernando has no reported case of polio.

SPKP is a DOH campaign, with support from the WHO and United Nations Children’s Fund (UNICEF). that gives out free vaccines to children to help them fight the poliovirus.

According to the WHO, poliomyelitis (polio) is a highly infectious viral disease that largely affects children under five years of age. The virus is transmitted by person-to-person spread mainly through the fecal-oral route or, less frequently, by a common vehicle (e.g. contaminated water or food) and multiplies in the intestine, from where it can invade the nervous system and cause paralysis. (PR)