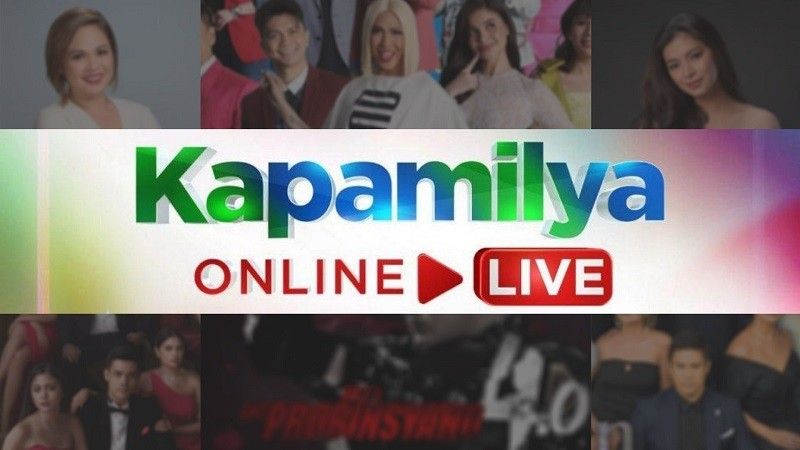 ABS-CBN gives birth to a new viewing experience of its programs on digital as it launches Kapamilya Online Live to provide livestreaming of its new and well-loved shows on ABS-CBN Entertainment’s YouTube and Facebook pages.

Offered for free and without any subscription fee, Kapamilya Online Live will livestream a mix of current shows and classic Kapamilya programs throughout the day as ABS-CBN strengthens its digital presence to reach more Filipinos. It will also allow viewers to catch the latest episodes of their favoarite shows as it will be available on-demand in the next 24 hours.

On YouTube, Kapamilya Online Live will stream continuously throughout the day from as early as 7:40 a.m. until 10 p.m. On Facebook, on the other hand, viewers can catch their favorite shows on regular timeslots with scheduled breaks between timeblocks. Livestreaming of shows on both platforms will be available exclusively in the Philippines.

“Kapamilya Online Live is the newest home of ABS-CBN’s well-loved shows that Filipinos miss watching on TV. Our bond with our Kapamilya is unbreakable, and we will continue finding ways to be with them and provide entertainment to Filipinos despite the non-renewal of our broadcast franchise,” said Cory Vidanes, ABS-CBN’s chief operating officer of broadcast.

The weekday slate will begin with “Magandang Buhay,” “Magpahanggang Wakas,” and “MMK” in the morning block, and continue with “It’s Showtime,” “Love Thy Woman,” and “The General’s Daughter” in the afternoon. On primetime, Kapamilya Online Live will initially stream in its first three weeks “FPJ’s Ang Probinsyano” episodes that were previously aired on Kapamilya Channel on cable and satellite TV before new episodes come out in the fourth week. Viewers will also be able to watch “100 Days to Heaven,” “Forevermore,” “Los Bastardos,” and “A Soldier’s Heart” for the rest of the night.

On Saturdays, the morning lineup will feature “Halik” and “It’s Showtime,” followed by “Wansapanataym Presents” and “I Feel U” in the afternoon, and Judy Ann Santos-Agoncillo’s “Paano Kita Mapasasalamatan” and “It’s Showtime sa Primetime” in the evening.

Kapamilya Online Live’s Sunday programming, meanwhile, will include “Pangako Sa ‘Yo,” “ASAP Natin ‘To,” and “Ipaglaban Mo” in the morning and Angel Locsin’s “Iba ‘Yan” and “Be Careful With My Heart” in the evening.

During “TV Patrol” and “The World Tonight,” meanwhile, viewers will be redirected from Kapamilya Online Live to ABS-CBN News’ YouTube channel and Facebook page.

All members of the family will surely enjoy tuning in to Kapamilya Online Live with its programming mix of Kapamilya classics and current shows, and livestreaming of currently airing shows.