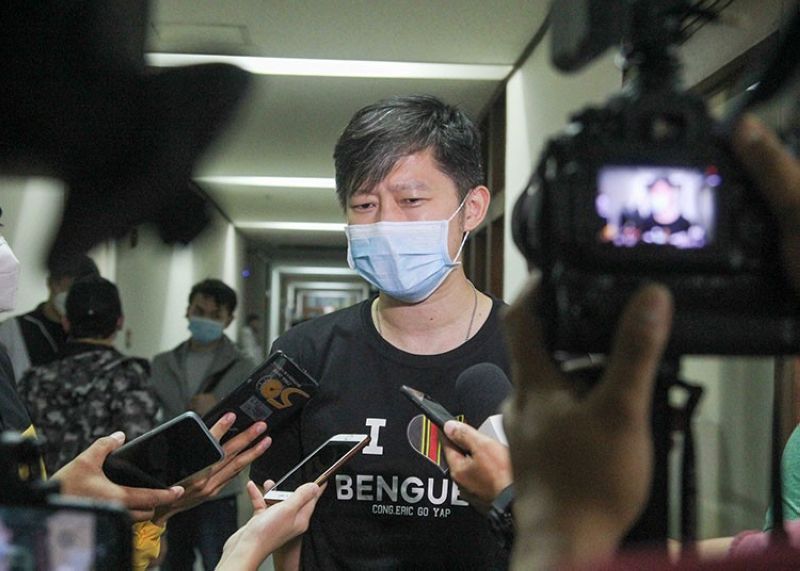 BENGUET. Benguet caretaker and ACT-CIS Partylist Representative Eric Go Yap clarified that he did not issue the statements circulating on social media that are against medical frontliners. (Jean Nicole Cortes)

BENGUET caretaker and ACT-CIS Partylist Representative Eric Go Yap denied on Thursday, August 6, a social media post stating frontliners are allowing themselves to be used to destabilize the government.

Yap earlier drew flak from netizens after a social media post went viral, claiming medical frontliners are being used as a front to destabilize and discredit the government's effort against Covid-19.

Yap explained his previous statement was made in the context of some people taking advantage of Covid issues for their own political interest.

"Nowhere in that statement that I said anything about our medical frontline willingly allowing themselves to be used for others political agenda. In fact, I acknowledged their efforts and briefly mentioned about the concrete actions that the government is taking on right now," Yap added.

Yap, in a social media video, also called the attention of the person who allegedly posted the statements on social media.

Former three-term Benguet congressman and lawyer Ronald Cosalan in a separate statement in turn, called on Yap to be more cautious with the issue.

"It has come to my attention that Rep. Eric Yap of ACT-CIS Partylist and presently the caretaker of the Lone District of Benguet has dragged my name in a video he posted in his FB page regarding a post by Jefferson Cosalan. I humbly request Rep. Yap to be more circumspect in dealing with the issue," Cosalan said.

The former lawmaker confirmed that Jefferson Cosalan, the person Yap has an issue with, is a relative but clarified he was never an employee when he was the incumbent representative of Benguet.

Yap, in a new video, said he has reached out to former congressman Cosalan and apologized.