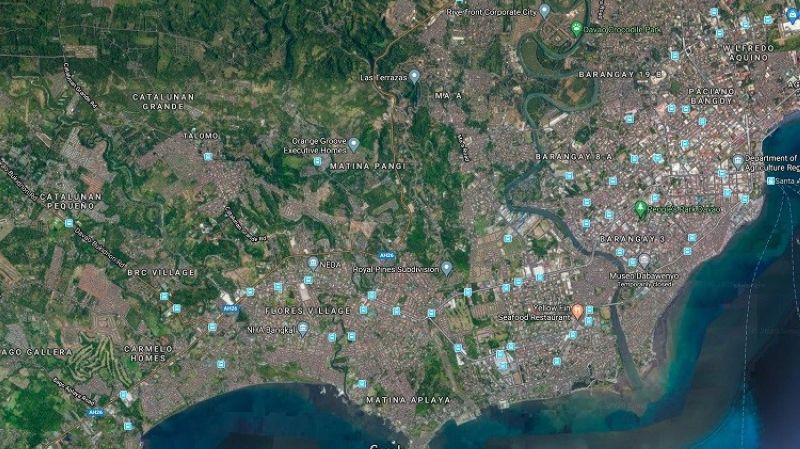 FOUR areas in Davao City are being monitored after comprising the 80-percent cumulative cases of coronavirus disease (Covid-19) for the last 14 days, the Department of Health-Davao Region (DOH-Davao) reported on Friday, August 7, 2020.

From July 24 to August 6, DOH-Davao ranked Barangays Buhangin Proper, 76-A (Bucana), 23-C and Sasa as areas with the most number of total confirmed Covid-19 cases. These include active cases, recoveries and deaths.

Montejo added that community transmission is present in 76-A and 23-C.

This was followed by Buhangin Proper with 81 total cases, with 58 already recovered, 21 still recovering and two deaths.

Lastly, Sasa with 24 total cases, with 11 recoveries, 12 recovering and one death.

According to the Patient's Profile in 23-C, a total of 61 were infected by a confirmed case.

One of the patients in the barangay, tagged as DR-119/PH7425, has infected 22 persons from the same barangay, all of whom have recovered already. Based on the patient profile of DOH-Davao, this is among the biggest cluster cases to date in Davao City.

Meanwhile, an investigation is still ongoing for 47 Covid-19 patients from the barangay. Some of them have already recovered while two have already died. The history of exposure of nine others is unknown.

For Barangay Buhangin, DOH-Davao is still investigating how the 30 were infected with the virus.

Three of the patients got the virus inside a health facility, while two got it from the Matina Gallera cock derby event in March this year. Five have a travel history to Manila, three are ROFs, and one has unknown exposure

In 76-A, 13 were infected by a confirmed case; while three have a travel history to Manila; one from Matina Gallera; one is an ROF from Saudi Arabia; and one unknown exposure.

Meanwhile, 17 are still being investigated for their history of exposure. Some of them have already recovered.

For Sasa, an investigation is still ongoing on how 11 of the 24 cases were infected. Five got it from confirmed cases, while four are LSIs, three are ROFs and one got the virus from Matina Gallera event.

Health officials and Davao City Mayor Sara Duterte-Carpio already conditioned the public of an expected surge beginning July this year, following the lowering of some restrictions, including the resumption of some establishments and the gradual operation of regular commercial flights coming in and going out of the city.

In the latest risk assessment of the city’s Covid-19 Task Force posted on Saturday, August 1, 23-C has remained in the "very high-risk area" classification since it was introduced on May 16.

Buhangin and Sasa, meanwhile, are classified as "high-risk areas" while Bucana as "moderate risk."

The Davao City Government placed 23-C under a 14-day hard lockdown beginning 1 p.m. of July 4, due to the increasing number of confirmed Covid-19 cases in the area. It was, however, lifted on July 20 while waiting for the swab test results of residents, which yielded two individuals testing positive.

Montejo, meanwhile, said the spike of Covid-19 cases in the city, which remains to be the Covid-19 hotspot in the entire Davao Region, is expected due to the intensified testing, and the augmentation of more Covid-19 testing centers, which now brings to five.

"Because of that, we can accommodate a lot of specimens, and process them," she said, emphasizing they are testing between 100 to 800 specimens per day.

Passengers who failed to present an RT-PCR test result will be tested for free but would have to be placed under a holding facility with a maximum waiting time of 48 hours.