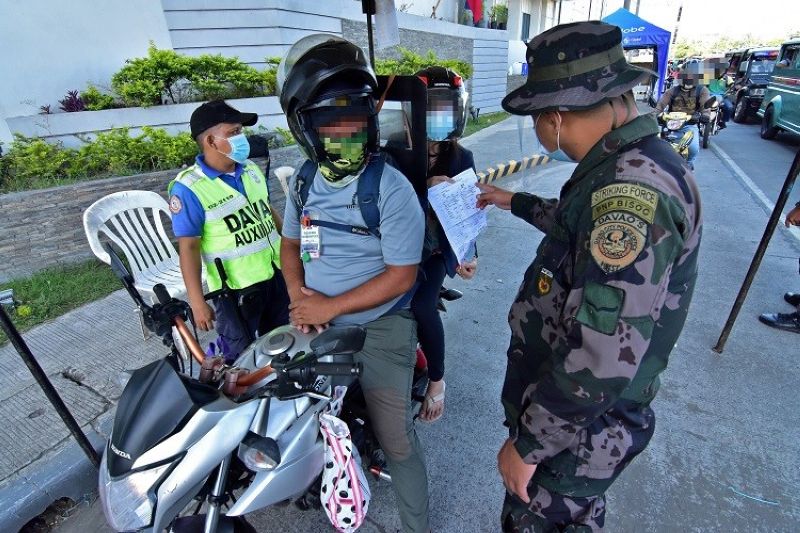 UNLESS people will religiously observe the minimum health protocols, local health officials warned of a further surge of coronavirus disease (Covid-19) cases in Davao City, following the lifting of the food and medicine (FM) pass and curfew.

This is the general sentiment of the public and some health officials after the City Government lifted the FM pass and the 9 p.m. to 5 a.m. curfew through Executive Order No. 47, issued on Tuesday, August 4.

Davao City Mayor Sara Duterte-Carpio said in a previous radio interview that the move is to make Dabawenyos self-regulate, as well as to help revitalize the city's economy, which was affected by the quarantine measures and lockdowns imposed to curb the spread of the Covid-19.

However, some Dabawenyos, through social media, aired their doubts and worries because some would take advantage of the easing of the policy and would not properly observe standard health safety measures.

Duterte-Carpio, herself, noted some of these violations recently.

Department of Health-Davao Region (DOH-Davao) regional epidemiology surveillance unit (DOH-Davao Resu) officer Cleofe Tabada did not directly answer whether the decision of the City Government was right, considering the increasing Covid-19 cases in the city.

"While we are not in the position to say [whether] the decision of the local government is correct or not [in lifting those restrictions], we understand that it was a difficult decision and it was based on several discussions, and consultations," Tabada said during the DOH virtual presser on Friday, August 7.

She said cases would "most likely" increase as lifting restrictions would further give an opportunity for others to go out.

Although she said that with the government's intensified campaign, people would be disciplined enough in abiding by these "simple" health measures.

"I'm hoping the figures will go down because the people have learned the messages we’ve been putting out day in, day out," Tabada said.

Southern Philippines Medical Center (SPMC) Officer-in-Charge Dr. Ricardo Audan, meanwhile, said the hospital has long been expecting the surge of Covid-19 cases in the city since it shifted to the general community quarantine (GCQ).

This despite the SPMC's bed utilization rate peaked beyond the "warning zone" in the past few days, which resulted in the opening of the second Covid-19 designated hospital in the city -- the Dumoy Satellite Facility of the Davao Doctors Hospital (DDH).

Currently, he said SPMC was able to secure more beds. He added some mild Covid-19 were already referred to the satellite center, while other asymptomatic patients were transferred to the city's isolation center.

Audan also said they are anticipating the surge of cases once the Roxas Night Market, a well-known tourist attraction of the city, resumes its operation on September 1. Although the mayor clarified this is still subject for review.

Meanwhile, he emphasized that movements should be limited " to easily contain the virus."

Tabada admitted that it will take more weeks for the majority of the Dabawenyos to fully abide by the health measures.

"We will get there, but not within this month or next month. We have a lot to do for the following weeks," she said.