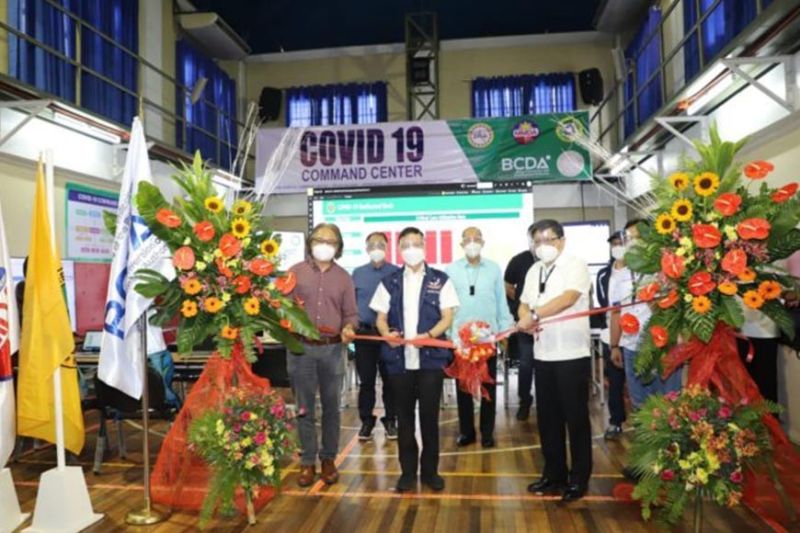 CLARK FREEPORT —The national government’s Covid-19 Task Force will further heighten its response to minimize local transmission of the coronavirus in hotspots during the two-week modified enhanced community quarantine (MECQ).

This was emphasized during the launch of the One Hospital Command Center (OHCC) held Thursday, August 6, at the Manila Metropolitan Development Authority (MMDA) Operations Center in Makati City.

“We will recalibrate our plan and make use of the 15 days to [better] prepare us in this pandemic. 15 days is not enough to contain new cases but we will continue to work hard [para masiguro] na lahat ng strategies natin ay mapapababa talaga ang new Covid-19 cases, and at the same time, minimize yung deaths,” says Secretary Galvez.

Galvez said that the National Task Force is making use of the two-week MECQ by visiting various local government units in critical areas and giving orientations on how to implement localized zoning and lockdown, as one of the effective strategies in lessening the transmission of Covid-19.

Secretary Dizon said the government will further intensify its testing, tracing, and isolation measures in communities during the two-week quarantine period.

As of August 5, a total of 1,601 Covid patients have been accommodated in Oplan Kalinga Isolation Hotels since mid-July.

Dizon also said that 3,000 beds will be added this month to the existing 5,610 beds in We Heal As One Centers.

The East Avenue Medical Center which has 210 beds and the Quirino Hospital with 250 beds will also be opened as new hospital facilities for Covid this August.

“The One Hospital Command is not just an operations center in the platform of the Metropolitan Manila Development Authority (MMDA) where we can do coordinated care and referrals, but we’re also here to strengthen the capacity which would mean to identify ready hospitals that can accommodate intensive care and rooms for moderate cases,” Vega said.

“We’re also strengthening capacity by putting up modular hospitals that can serve moderate and severe cases. Weâ€™re identifying other areas to improve capacity to make sure that we will be able to keep up with the desired [fewer] number of cases soon,” he added.

The PureForce Citizens App can also be downloaded via Google Play Store or App Store for individuals, facilities, hospitals, and other entities needing assistance from the command center. (PR)