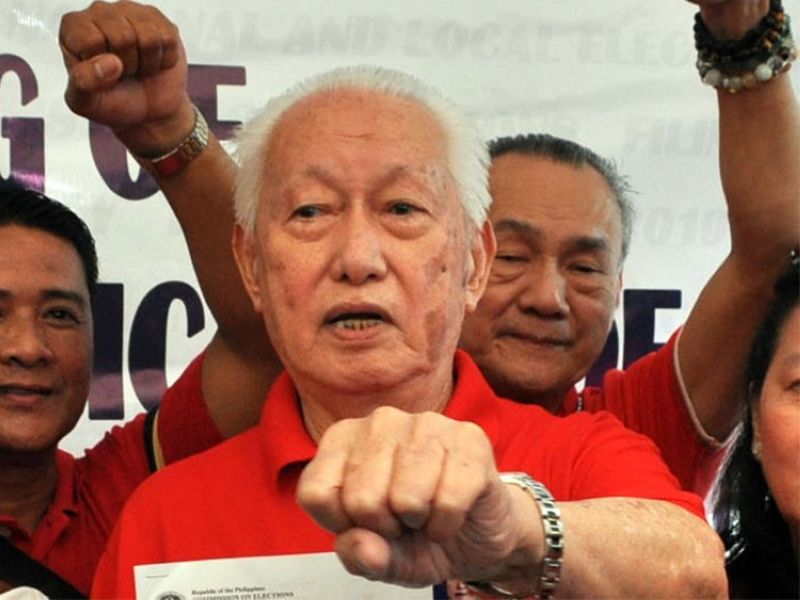 MANILA. In this October 2018 file photo, former Manila mayor Alfredo Lim of Partido Demokratiko Pilipino party files his certificate of candidacy for mayor at the Commission on Election office in Intramuros, Manila. (PNA)

There is no official statement yet as to what caused Lim's death.

Lim served as secretary of the Department of the Interior and Local Government during the administration of former President Joseph "Erap" Estrada.