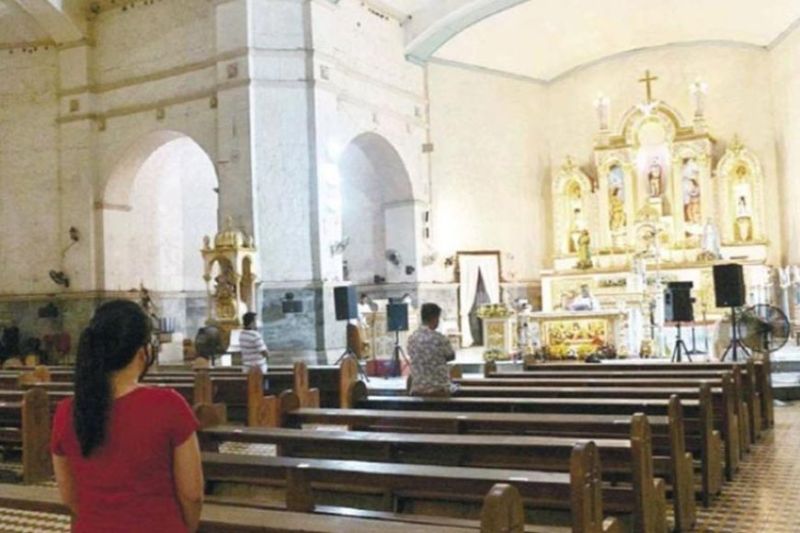 CHURCHES and any religious denominations in Cebu City are now allowed to hold masses and other religious services at 10 percent capacity.

Mayor Edgardo Labella previously allowed only a maximum of 10 persons in any religious gathering.

Under EO 86-B, “religious gatherings shall be allowed up to 10 percent of the seating capacity, or up to 10 people, whichever is higher.”

Strict health protocol will still be observed, such as social distancing and wearing of face masks. Hygiene necessities must also be available in the premises.

Visits to cemeteries and other open-air memorial parks are still limited to only 10 persons per group.

The management of the cemetery or memorial parks has the discretion how many groups it will allow to enter at the same time.

Aside from religious activities, EO 86-B also allows gatherings that are for critical government services and authorized humanitarian activities.

Other mass gatherings, such as movie screenings, concerts, sporting events and other entertainment activities, community assemblies and non-essential work gatherings are still prohibited.

Cebu City is on general community quarantine (GCQ) until Aug. 15.

Labella had asked the Regional Inter-Agency Task Force (RIATF) to allow churches in the city to accommodate more than just 10 persons, considering the city is home to many big churches.

“I was well aware that many residents were eager to go back to church. That’s why I asked the RIATF and they agreed,” he said in Cebuano.

Earlier this week, Labella also allowed quarantine pass holders to go out on Sundays to access essential goods and services, starting on Aug. 9. With the latest development, they can also go to church.

When the city was placed on enhanced community quarantine at the end of March, no one had been allowed to go out on Sundays except those considered authorized persons outside residence.

On Saturday, Aug. 8, Labella met with church leaders to discuss his latest order.

“This latest development will allow us to slowly adjust. In fact, many of the churches have put markings for social distancing and provided sanitation,” Tan said in Cebuano.

Based on Tan’s estimates, the Cebu Metropolitan Cathedral will accommodate around 150 individuals.

Luzon, for his part, thanked Labella and the RIATF for granting Labella’s appeal.

He said the Basilica can only accommodate 350 persons every mass, which will be held outside at the Pilgrim Center.

“Those who want to light candles can enter using a separate entrance,” he said in Cebuano. (JJL, WBS)