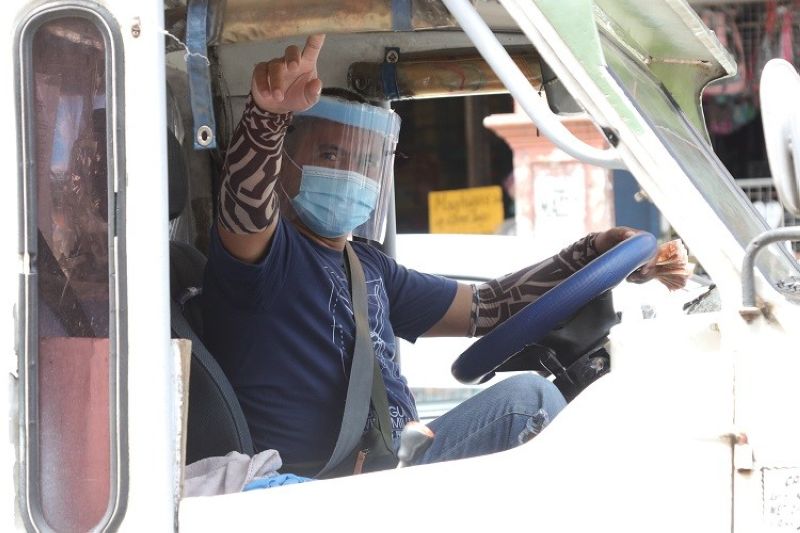 THE City Government of Davao will appeal to the Land Transportation and Regulatory Board (LTFRB) to amend its memorandum making mandatory the wearing of face shields to vehicle drivers in Davao City.

City Mayor Sara Duterte-Carpio said in a radio interview on Friday, August 7, the City Government will request LTFRB to consider the complaints and concerns of drivers who are worried about the risk it will bring, not only to them but also to their passengers.

This came after the Department of Transportation and LTFRB issued respective memoranda on Wednesday requiring public commuters and drivers to wear face shields.

Earlier, LTFRB issued a memorandum circular dated Saturday, August 1, stating that drivers, conductors and passengers of public utility vehicles (PUVs) in areas across the country under general community quarantine (GCQ) must wear a face shield or eye protector, on top of face masks. In a later memo circular, eye protectors, including eye goggles, were omitted.

Meanwhile, in a DOTr memorandum dated August 3, Undersecretary for Administrative Service Artemio Tuazon Jr. directed all officials of transportation sectors to enforce the policy in areas where public transport has been permitted. The memo states that wearing face shields will be required for everyone traveling via public transport beginning next week, August 15, 2020.

Duterte-Carpio said some face shields, depending on the materials used, can be distracting to the driver.

"Ato i-suggest nga baluton nalang ang driver (I will suggest that we'll place a covered barrier between the driver and the passengers)," the mayor said in an interview via 87.5 FM Davao City Disaster Radio.

'Not required for the general public'

Duterte-Carpio, meanwhile, said that face shields are still "not required for the general public."

She emphasized that the city mandated the wearing of face shields "for employees and establishments where there is a high volume of people moving inside the premises."

She also said face shields are only required for people working in enclosed places and in areas where people are constantly dealing with many persons.

Initially, Duterte-Carpio said the city considered including the mandatory wearing of face shields in amending Executive Order No. 47, which provides the city's guidelines under modified general community quarantine (MGCQ).

However, she said according to medical consultants, wearing face shields in open spaces, especially in public transport has "no added value."

Earlier, the mayor said that based on her previous consultation with medical experts, face shields provide "higher protection" against the coronavirus disease (Covid-19), adding that face shields that cover the entire face are more suitable than eye protector goggles as they guarantee "full protection" from the virus that could land on one's face.

She, however, said it is no longer required when one is only walking down the streets, for as long as physical distancing, along with the wearing of face masks, will be strictly observed.

Duterte-Carpio advised the public to heed the DOTr’s orders and doctors’ advice.