Lack of PUJs in Davao City struggle among Sunday workers 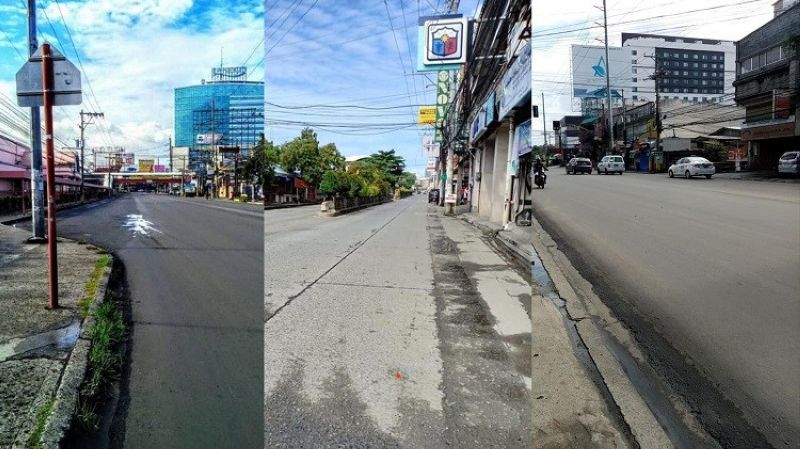 ESSENTIAL workers in Davao City who resumed their work on Sunday, August 9, 2020, complained through social media about the lack of public mass transportation.

On the first Sunday morning following the lifting of the curfew and the food and medicine (FM) pass implementation, Facebook user Trecia Astudillo Llabado took to social media her disappointment as there were no public utility jeepney (PUJ) in her area.

Spencer Perin, a mall employee, also shared the same experience as Trecia’s. He said he pity others who were forced to walk due to the lack of public transportation.

Unlike Llabado and Perin, Redz Fender Añasco was able to get a ride. But he admitted that there were only a few jeepneys operating on Sunday.

Another Facebook user, Maymay Hatton Robles, posted early Sunday morning images of a portion of the city where only a few private vehicles can be seen.

"Sure najud na walay jeep? Bisag CTTMO (City Transport and Traffic Management Office)/Patrol Car na lang jud mo agi kay andam naku mopara (Are there no jeep that will pass by? Not even from the CTTMO or any patrol car because I am ready to hitch a ride with them)," Robles said, whose purpose of going out on a Sunday was not clear yet.

SunStar Davao reached out to Land Transportation Franchising and Regulatory Board (LTFRB) Director Armand Dioso for any reaction on the matter but he has not yet responded as of press time.

However, in a previous report, he said PUJs have been allowed to operate on Sundays since the resumption of the public mass transportation after the city shifted to general community quarantine (GCQ).

The lifting of the curfew and FM pass, according to the EO, religious masses and other worshipping activities have now been allowed, provided that only 50 percent of the venue capacity will be occupied.

However, despite the lifting of curfew and FM pass on a Sunday, roads and malls in the city are still relatively quiet and peaceful.

In a video shared by Ryan Ang to the media, he observed that the most crowded and busy area of the city downtown were "deserted."

"Roads in Davao City during Sundays are less busy and hectic but today is different. First Sunday of no curfew and no FM pass since the quarantine measures started last March 15. The atmosphere feels and resembles like Sundays of small sleepy towns or cities," Ang said.

Davao City Mayor Sara Duterte-Carpio said in a recent interview that the City Government decided to lift both restrictions in order for the public to "self regulate" and help in rebuilding the economy of the city.