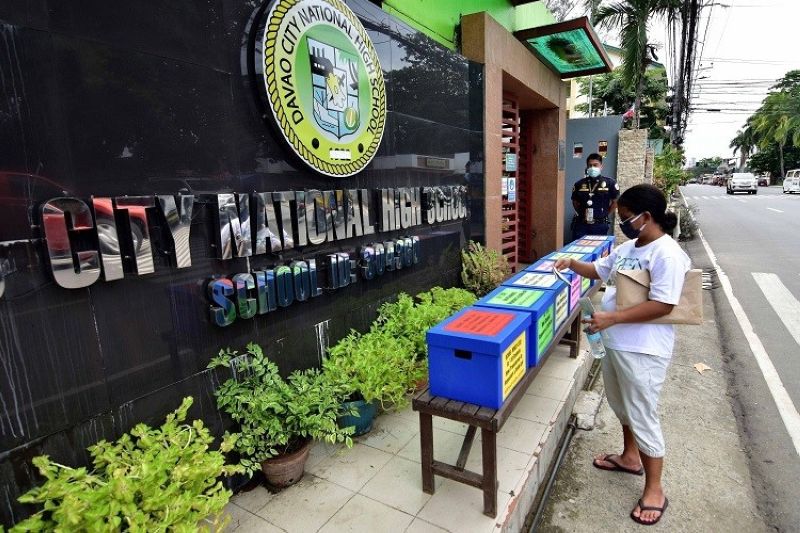 LATE enrollees will still be accepted for the incoming school year 2020 to 2021, the Department of Education-Davao Region (DepEd-Davao) announced.

The last day of enrolment was on July 15, which was extended from the initial June 30 deadline by the DepEd central office due to the lower turn out of enrollees.

This year, a physical classroom setup will not be allowed due to the current coronavirus disease (Covid-19) pandemic.

With this, DepEd has prepared different learning modalities to cater to all students who will be at their homes when the academic classes open on August 24.

These include online, modular and TV- and radio-based learning.

Atillo said several adjustments had been made with the enrollment unlike in the previous years which require the physical presence of the parent or the enrollee.

Parents who still wish to enroll their children in the incoming school year can do it in many ways: through online, phone line, text message and through designated drop boxes placed in front of the schools.

Atillo also said teachers have been busy facilitating the enrollment.

In order to attract more enrollees, he said teachers will be communicating with their previous students, through their master list, to check if they have already enrolled for the next academic year.

Students who wish to avail of the online learning modality would have to be determined of its eligibility, depending on the internet connectivity of their area.

Recently, he said DepEd-Davao is now ready for the resumption of classes despite some issues and concerns in its implementation.

Atillo said that based on their conducted dry run in some public schools in the region, they were able to have a clear grasp on the expected set up in the opening of the school year 2020 to 2021.

But he said existing challenges in the internet connectivity and the lack of gadgets for both teachers and students remain to be the problem with the newly implemented learning modalities.