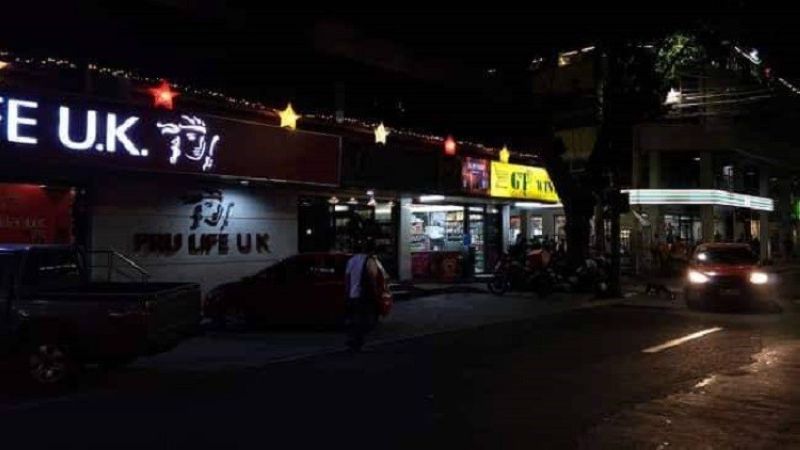 BACOLOD. The new curfew schedule in the city is from 8 p.m. to 4 a.m. which took effect starting Sunday, August 9. (File photo)

"WE WILL submit to the wisdom of our city officials."

This was stressed by Metro Bacolod Chamber of Commerce and Industry (MBCCI) Chief Executive Officer Frank Carbon in response to the move of Mayor Evelio Leonardia setting earlier curfew hours from 8 p.m. to 4 a.m.

Carbon said saving lives should be paramount to that of preserving jobs.

"But, hopefully, the city could extend financial interventions and other support to the most vulnerable sector to avoid knock-on effects on peace and order," he added.

On Friday evening, Leonardia asserted his earlier proposal for an 8 p.m. to 4 a.m. curfew in the city by issuing Executive Order (EO) No. 52 Series of 2020, setting the new non-social period starting Sunday, August 9 until August 22.

This, despite the Sangguniang Panlungsod on Wednesday, August 5, passed an amending ordinance setting a shorter curfew from 11 p.m. to 4 a.m.

The amended curfew hours based on the city's modified general community quarantine (MGCQ) status only took effect on Saturday, August 8.

The EO stated that exempted from the new curfew schedule are public emergencies like fire and ambulance services, people with medical needs, those working night shifts, media practitioners and government and officials of the Philippine National Police (PNP).

It exempts employees whose work may extend to within aforesaid curfew period because of the current state of public emergency.

Those who will claim exemption from aforesaid curfew hours should be able to present, upon request as checkpoints or by PNP mobile patrol units, proof that they belong to exempted groups, it added.

Leonardia, in a radio interview, has asked for cooperation from the business community in the implementation of the new curfew hours.

Though he recognized the possibility that the measure would affect some business establishments, the mayor said this will help lessen or prevent the spread of coronavirus disease (Covid-19) infections.

As this developed, the business group is also requesting that public markets, especially "talipapas," should be regularly monitored by authorities for compliance of health protocols.

Carbon said these "talipapas" or small market stalls are those like in Barangay Banago, particularly at Puno Banago and Sto. Niño Stop.

"Barangay Banago could be considered a hot area that needs focused attention to control local transmission," he added.

It can be recalled that before the issuance of the new EO, the local business community asked the City Government to reconsider the proposed curfew hours.

Five business groups including MBCCI, in a letter, said they have yet to regain their footing from the negative impact of the economic downturn due to the necessary quarantine measures imposed earlier this year to stop the spread of Covid-19.

They further said that the additional five-hour window to open businesses after regular working hours not only allows the people of Bacolod City access to goods and services but is also crucial to keeping the local economy afloat.

"The 8 p.m. curfew can mean reduced business hours and 40 percent less revenue that may lead to more businesses closing, increased joblessness, more people falling deeper into poverty and its knock-on effects on peace and order," the groups added.