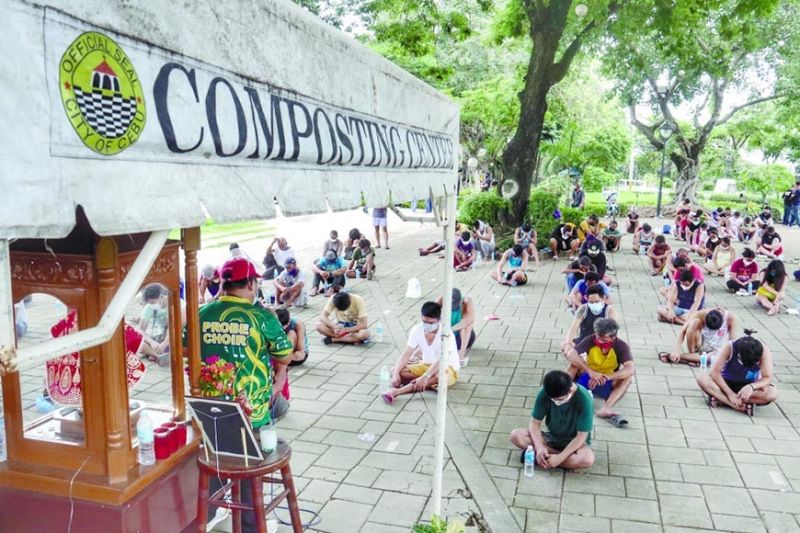 NEW PENALTIES. Apprehended quarantine violators will no longer be required to do community service and exercises starting on Aug. 16. Instead, they will be fined P1,500 up to P5,000 or face imprisonment of up to 30 days. (Amper Campaña)

TWO Cebu City legislators are pushing to expand the anti-discrimination law to include patients with coronavirus disease 2019 (Covid-19) and other communicable diseases.

The proposed ordinance entitled “Anti-Discrimination Against Victims of Any Communicable Disease Ordinance of 2020” is authored by Councilors Lea Japson and Dave Tumulak. It is up for third and final reading in the City Council.

The ordinance aims to protect patients infected with Covid-19, including suspect and probable cases, as well as victims who have a communicable disease like the human immunodeficiency virus that can lead to acquired immunodeficiency syndrome.

Under the draft ordinance, it is unlawful to curtail their access to services, goods, benefits and privileges.

It is also unlawful for any individual to humiliate, ridicule, insult, embarrass, harass, or perform any act which can demean the patients.

It is also a violation to discriminate against someone due to the person’s association or relation with a suspect, probable or confirmed case of Covid-19, or has recovered from Covid-19.

Reports of discrimination and humiliation prompted Japson and Tumulak to come up with the proposal.

Violators will be fined P1,000 for the first offense; P3,000 for the second offense; and P5,000 for third offense or one- to 30-day imprisonment depending on the court’s discretion.

If the discrimination happens in an establishment, the management or the owner will also be found guilty of discrimination for failing to prevent the incident.

The two councilors believe there is a need for an urgent measure to combat stigmatization and all forms of discrimination, which will only worsen the current situation.

In another development, the Prevention, Rehabilitation, Order, Beautification and Enhancement (Probe) apprehended 266 quarantine violators in Cebu City on Sunday, Aug. 9, 2020.

Aug. 9 was the first Sunday quarantine pass holders were allowed to go out. Before that, only authorized persons outside residence could go outside.

Probe chief Raquel Arce said violators will no longer do community service and physical exercise starting Aug. 16, when City Ordinance 2566, or “An Ordinance Penalizing any Violation in Relation to the Implementation of General/Enhanced Community Quarantine in Cebu City During Public Health Crisis,” will take effect. She said they will be fined.

Arce believes the ordinance will help instill discipline among residents.

Arce said most of the violators did not have a quarantine pass.

In the first week since Cebu City was placed on general community quarantine (GCQ), the Probe team apprehended more than 1,000 residents, she said.

“Apparently, asking violators to do community service and exercise is not enough to scare them into following quarantine protocol. With the fines, maybe they’ll finally take it seriously,” Arce said in Cebuano.

Under City Ordinance 2566, violators can face fines of P1,500 up to P5,000 or 30 days of imprisonment depending on the court’s discretion.

“The City Government is doing this not to raise funds, but to instill public discipline,” Arce said in Cebuano.