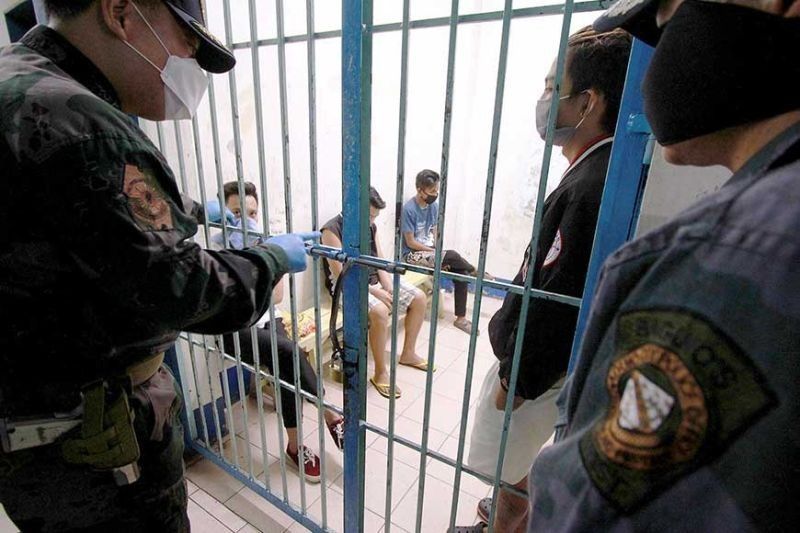 [1] After all the quarantine phases Cebu City had gone through, the ordinance is finally approved by the City Council and signed by the mayor. The ordinance will fill the void long felt by law enforcers who have detained but not arrested rule breakers. It becomes effective after it is published in a newspaper of general circulation.

[2] It covers violations of prohibitions included in the mayor's executive orders, including those in future EOs related to Covid-19.

LONG ROUTE. Ordinance #2566, "penalizing any violation in relation to the implementation of general/enhanced community quarantine in Cebu City during public health crisis," was approved last June 26 by the City Council in an online special session.

A month later, on July 27, it was signed by Mayor Edgardo Labella. It will take effect 15 days after publication in a newspaper of general circulation.

It is not known if the ordinance was already published. The present GCQ for Cebu City could expire and be extended or shifted to another form, with the ordinance still not operative. As of now, it is only a newspaper publication away. Yet the lesson learned is: Even a pandemic cannot rush bureaucracy quickly enough.

To think that the reason for the ordinance, as mentioned in its explanatory note, was alleged flagrant disregard of quarantine rules by many city residents.

NO LAW PUNISHING ACTS. Under guidelines of the national task force IATF, local governments, through the mayor's executive orders and the Sanggunian ordinances, are obliged to penalize violations of CQ prohibitions.

For so long, with mayor's EOs but no City Council ordinances, the police were arresting violators on the basis of a vague Bayanihan One law. What law enforcers did was to detain them for a few hours and lecture them or, when it got their fancy, require them to dance the Sinulog. They arrested, in the real sense of the word, only those who resisted detention but they were charged with resisting arrest, not for CQ violation.

Getting harsher as the offense is repeated: first offense, less than P1,500 fine or less than 30 days in jail or both fine and imprisonment; second offense: fine of less than P3,000 and 30 days in jail; third offense, at least P5,000 and 30 days in jail. The violator also cannot receive for two years from the violation any cash aid, tax amnesty or any other financial benefit from the city. Seniors and those with physical disability, among others, won't get such help within the prescribed period.

Exempt establishments that violate any of the prohibited acts will have their permits revoked and will be closed down.

ALL-EMBRACING CLAUSE. The ordinance applies to all violations of the quarantine: whether general or enhanced, plain or modified CQ. The offense must be related, however, to a "health crisis" and must be covered by an executive order of the mayor.

And it may include all other acts that are penalized by the mayor's EO in relation to a health crisis for which a quarantine is declared. The ordinance provides that it shall apply to "any other violation of provisions hereinafter considered as violation under the executive order for a declared state of general or community quarantine."

BASIC PROHIBITIONS. One section (#5) lists the health protocols, including (1) wearing of face masks, (2) social distancing (1.5 meters apart) in public places and commercial or business establishments, (3) social distancing (one seat apart) in public and private vehicles, (4) posting of notices by establishments, (5) mandatory stay-at-home orders, and (6) use and wearing of CQ pass.

Another section (#10) lists the prohibitions, which do not exactly match the list of health measures. The law enforcer and prosecutor tend to look at the prohibited acts, not the health regulations. The section though says the list of prohibited acts is not exclusive and includes other violations mentioned by the ordinance.

For example, loitering is not among the health protocols but is included in the list of prohibited acts. Loitering is prohibited not just in public places "day and night" but also in "premises" outside the home or residence "at any time." Meaning, even the "tugkaran" outside the gate or boundary line of one's property is covered by the ban.

Mass gatherings are prohibited under the ordinance but no number of people is specified to constitute such a gathering. May one assume that the numbers specified in IATF guidelines will apply?

REQUIRED, EXEMPTED ON PASS. Whether required by IATF or imposed by the discretion of the mayor, Ordinance #2566 makes it mandatory for an individual to carry the CQ pass. But not for all, not even all Apors or authorized persons outside residence.

The ordinance says the individual must carry the CQ pass when they go outside their home or residence for these purposes:

[1] To purchase or secure essential goods, medical supplies and other necessities;

[2] To exercise their profession or work;

[3] For any other essential purpose as defined in the ordinance.

But any of the above-named persons may also fall under the list of persons who are specifically exempted from the CQ pass requirement.

The following persons, under Ordinance #2566, may show only a PRC (Professional Regulation Commission) ID, a company ID, or certificate of employment:

[3] Workers for businesses that are exempt or allowed to open during the quarantine.

WEARING GIANT PASS. If the rules on passes and documents are a bit hard to sort out, the prudent thing is to carry the CQ pass, in addition to PRC or company documents.

Carrying the pass may be a burden though -- and a source of jokes. The ordinance requires that the CQ pass be worn by the bearer at all times: "must be in plain view" and "readily available" for inspection.

The ordinance authors probably didn't know the size of the latest pass issued by the office of the mayor: standard A4 paper, 11.7 inches by 8.3 inches).