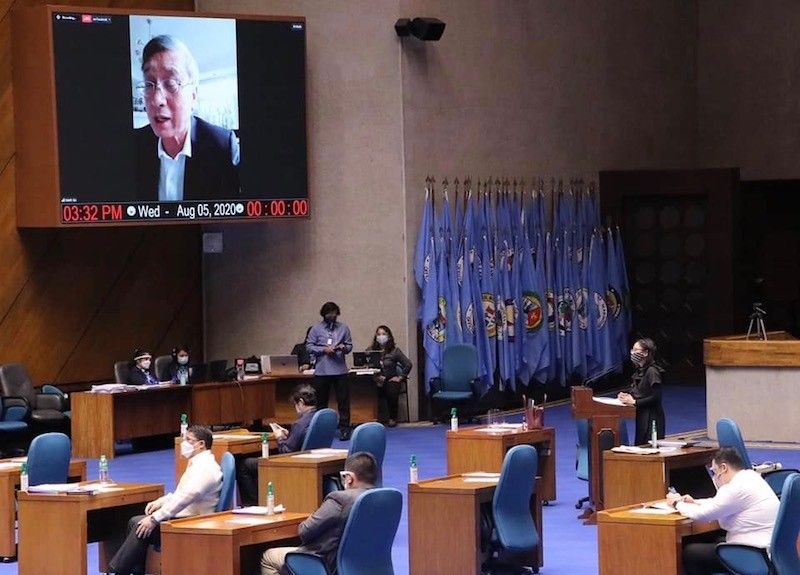 THE House of Representatives on Monday, August 10, 2020, approved the proposed Bayanihan to Recover as One Act (Bayanihan 2) with a vote of 242-6.

The measure will be forwarded to a bicameral conference committee to reconcile the conflicting provisions in the two bills.

House Speaker Alan Peter Cayetano called for the unanimous approval of the lawmakers.

“If we are to have a better future, we need to do more than aim for survival. Bayanihan is alive in all of us. Yes, we would disagree on many controversial political, legal issues. Pero pagdating sa paglaban sa Covid, puwede po tayong magkaisa,” Cayetano said.

“We have thus rolled up our sleeves and worked relentlessly with the executive branch of government, with the Senate, with the media, and our constituents to come up with legislation to help alleviate the effects of Covid-19,” he added.

He said the Bayanihan 2 measure will empower industries and revitalize sectors affected by the crisis.

The House proposes to allocate the standby fund to the following:

• P10.5 billion allocated to the Department of Health;

• P3 billion for the procurement of face masks, personal protective equipment (PPE) sets to be provided to all Barangay Health Workers;

• P4 billion to finance the construction of temporary medical isolation and quarantine facilities, field hospitals, dormitories for frontliners and for the expansion of government hospital capacity all over the country;

• P20 billion for the implementation of appropriate cash-for-work programs for displaced workers;

• P51 billion for the infusion of capital to government financial institutions;

• P20 billion to provide direct cash or loan interest rate subsidies under the programs of the Department of Agriculture, and other forms of assistance to qualified agri fishery enterprises, farmers, and fisherfolk registered under the Registry System for Basic Sectors in Agriculture.

• P10 billion to finance the programs of the Department of Transportation;

• P10 billion to finance the programs of the Tourism Infrastructure and Enterprise Zone Authority;

• P100 million to finance the training and subsidies for tourist guides;

• P3 billion to assist state universities and colleges in the development of smart campuses through investments in infrastructure;

• P600 million for subsidies and allowances to qualified students of public and private tertiary education institutions;

• P300 million for the subsidies and allowances of affected teaching and non-teaching personnel;

• P1 billion for additional scholarship funds of Tesda; and

• P12 billion to finance the Department of Social Welfare and Development programs: Assistance to Individuals in Crisis Situations, Emergency Subsidy to cater for areas which will be placed on hard lockdown.

The National Federation of Small Fisherfolk Organization in the Philippines (Pamalakaya) earlier aired fears that the fund for the Bayanihan 2 is “susceptible to corruption.”

The group said the Bayanihan to Heal as One Act, which expired on June 24, “barely made a dent” in the country’s fight against Covid-19.

The first Bayanihan law gave the President special powers and rolled out a massive social amelioration program that benefited 18 million low-income families for the first tranche and 23 million families for the second tranche, among others. (SunStar Philippines)