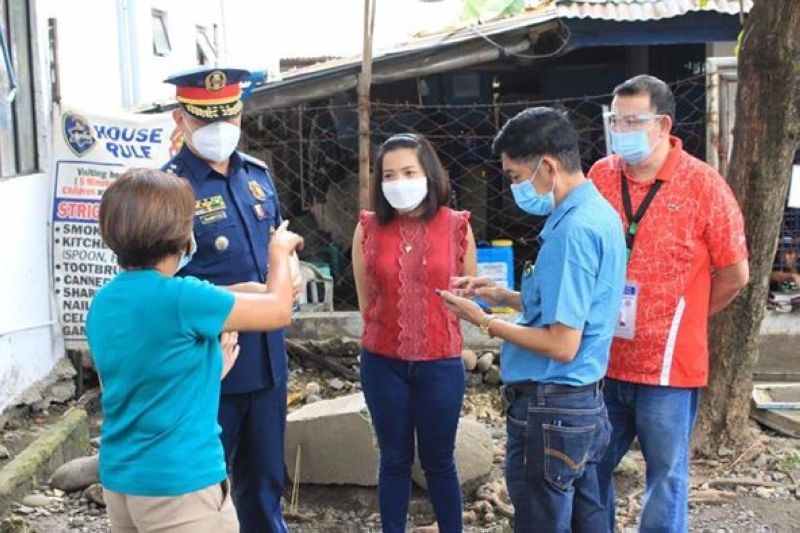 MAYOR Oscar Moreno said on Monday, August 10, that additional cells at the Lumbia City Jail are not needed, as space is not the issue causing the overcrowding at the jail but the accumulation of inmates.

"You should look into the root cause of the problem. Ngano naa man na sila? Ngano nag-accumulate man? Pila na ka tuig na sila?" he added.

The jail is cramped and physical distancing is not observed, Nery said.

She added that they have provided the inmates with face masks and vitamins and they have kept them under health surveillance to monitor symptoms.

Moreno, during the regular press conference on Covid-19, which was hours after the inspection, confirmed that three jail officers have tested positive for coronavirus.

The coronavirus-positive jailers, who are Authorized Persons Outside Residence (Apor) from Cagayan de Oro, were quarantined at the Temporary Treatment and Monitoring Facility.

Moreno assured that the three jailers were not able to infect the inmates as the city jail has its rotation system.

"Kana na proseso proved to be effective," he added.

Moreno said he will meet with the Cagayan de Oro City Police, City Prosecutor's Office, executive judges and the Integrated Bar of the Philippines to adopt long-term strategies and solutions to address the overcrowding at the Lumbia City Jail, which raises the risk of Covid-19 infection among inmates and jail personnel.

He added that they have to revisit procedures like requiring the inmates to sign a waiver that would allow them to be detained beyond the 48-hour limit.

Signing the waivers allow the charges to drag on for the inmates for weeks to months.

A lot of the inmates at the Lumbia City Jail face drug charges, Moreno said.