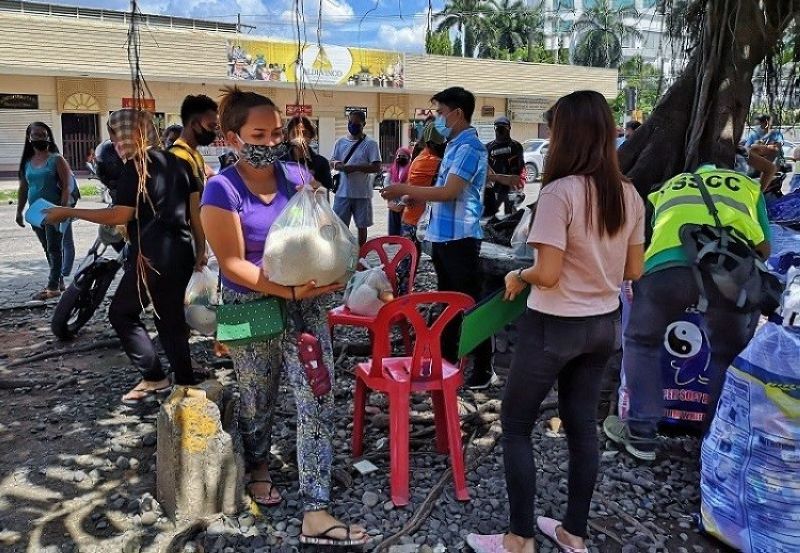 ESTABLISHMENTS and vendors affected by the lockdowns and movement restrictions in Davao City will still continue to receive ration goods from the City Government, Mayor Sara Duterte-Carpio said.

Duterte-Carpio said in a radio interview on Monday, August 10, that despite the city now under modified general community quarantine (MGCQ), which allowed more establishments and offices to resume operation, there are still those who cannot operate, while some were retrenched.

The mayor said the city, through the City Social Welfare and Development Office (CSWDO), still has buffer supply from the previous round of the ration good distribution.

Although she said they are still scouting for other means of sources to continue helping indigent Dabawenyos gravely affected by the restrictions due to coronavirus disease (Covid-19).

Duterte-Carpio said the funding for the rationing will be sourced from the P476-million Bayanihan to Heal as One Act grant given by the National Government.

Even when the city is placed under general community quarantine (GCQ), the City Government continued to distribute rationed goods to some individuals. This time, affected workers of business establishments, which are still prohibited from operating under GCQ, were prioritized.

Duterte-Carpio, meanwhile, said the City Veterinarian’s Office, in coordination with CSWDO, also continues to distribute food assistance to affected institutions and lockdowns, through the Agri-Food distribution.

"Kani tong intervention nila sa mga small farmers nga dili makabaligya for a profit sa ilahang mga gulay (This was their intervention to our small farmers whose profits in their vegetable crops were highly affected by the lockdown restrictions.),” the mayor said.

The mayor said the City continues to distribute rice sacks in some barangays in the city. Barangay officials are given the authority to select qualified beneficiaries for the rice assistance.