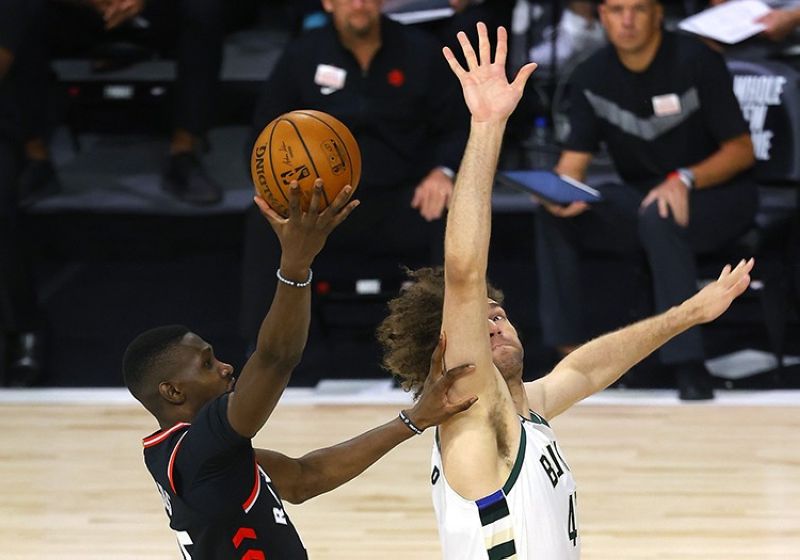 Though the meeting featured the top two teams in the Eastern Conference standings, both teams were missing key players.

Milwaukee’s Giannis Antetokounmpo, the reigning MVP, missed the game after undergoing oral surgery. Bucks coach Mike Budehnolzer said Monday it was uncertain whether Antetokounmpo would play in the team’s final two seeding games Tuesday against the Washington Wizards and Thursday against the Memphis Grizzlies.

For Toronto, Kyle Lowry sat out with a sore lower back, Serge Ibaka missed the game with a bruised right knee and Fred Van Vleet was out with a hyperextended right knee.

The Bucks already had clinched the No. 1 seed in the Eastern Conference for a second straight season, and defending NBA champion Toronto was locked into the No. 2 spot, so there was little to gain for either team.

Bucks: Toronto's Paul Watson elbowed Korver in the face on a drive to the hoop in the fourth quarter. It was called a Flagrant 1, and Korver ended up with a small cut on his face. Korver stayed in the game, made the free throws, then made a 3-pointer three seconds later. ... Eric Bledsoe had 11 points, seven rebounds and eight assists.