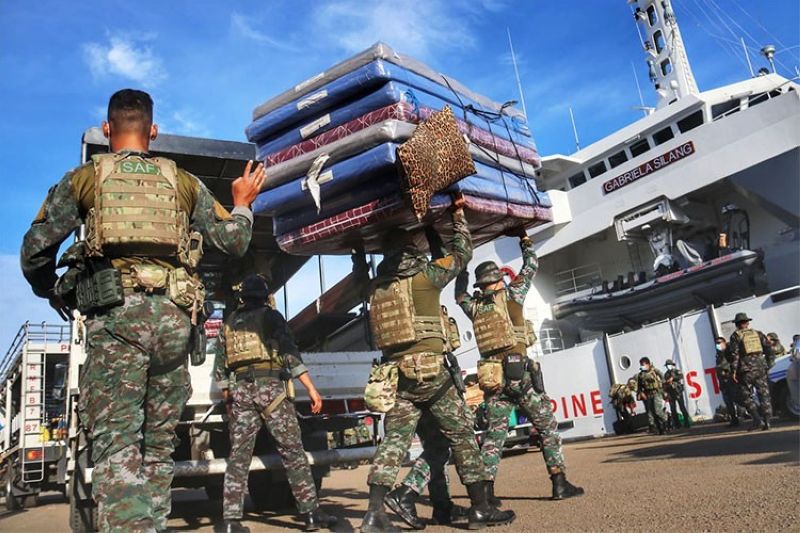 [1] A faked "breaking news" announcement in social media that "Cebu City (is) back on ECQ," from August 12-30. Apparently lifted from a previous genuine announcement, for the second half of July, when the city was reverted to ECQ status. Only the dates were changed.

[2] The departure of police Special Action Force to their units, with Mayor Edgardo Labella sending them off.

If the city was being dumped into ECQ again, would more troops not be needed to discipline the "hard-headed" Cebuanos? Why were they pulled out?

The fakery was quickly spotted but for the "story" to circulate before it was squelched reflects on a rotten facet of social media.

Next for the province, city

From GCQ at the time, Cebu Governor Gwen Garcia wanted the province to proceed to MGCQ, the modified general community quarantine, the final step before New Normal (or what a bill in the House of Representatives wants to call Better Normal). And it got what it wanted. Does Capitol's Governor Gwen Garcia now aim for the Better Normal or no-quarantine state for the next 15 days of August?

In contrast, Cebu City Mayor Edgardo Labella wants to keep the GCQ from August 16-31. Apparently, he wants to be sure that the city won't revert again to ECQ, the enhanced status, as it did in last July's second "quincena." One step forward, then one step backward.

Capitol and Cebu City Hall face different conditions, have different numbers in the indexes of Covid-19 assault. Most of the Cebu industries are on the west coast, in the hub that comprises the cities of Cebu, Mandaue, Lapu-Lapu and Talisay, where the population is most dense and more vulnerable to virus attack. Mandaue and Talisay are part of the province, yet Manila policy-makers tend to rate them apart from the mother LGU.

Why would President Rodrigo Duterte want to be the first to be experimented on with vaccine trials from Russia? "Para walang satsat," he said in his talk with IATF officials and some Cabinet members Monday, August 10, in Davao City.

The President glowed over the prospect of getting vaccines from Russia for free or on scaled-down price. He sees the vaccines as the way out of the problem of the pandemic. He said he had been talking about it before and it would come. Last July, Duterte asked for China's help.

The President, however, didn't give details about the Russian vaccine: no name of the vaccine or its manufacturer, no information on how the offer was made, whether it was conveyed in a letter or phone call or by an envoy of the Russian prime minister, Vladimir Putin.

On October 2 to 5 last year, Duterte met with Putin in his second official visit to Russia. Putin could've given during the visit a promise of drugs and vaccines the country would need. But at the time, there was yet no sign of the coronavirus's coming, not till December of 2019.

In the same talk to the nation from Davao City, President Duterte said someday, "we'll have a sort of a day" when those who assisted the nation and the government during the pandemic would be recognized and thanked for their help.

He said he believes in what they (Tagalogs) call "utang na loob." "Kaming mga Bisaya," Duterte said, "ang tawag naming dyan, in our 'talkatese,' is utang kabubut-on." You cannot forget it, he said, until the end.

That must partly explain to critics why he would only sack some of his appointees suspected of corruption and not charge them in court and even reappoint them to other positions in government. "Utang kabubut-on."