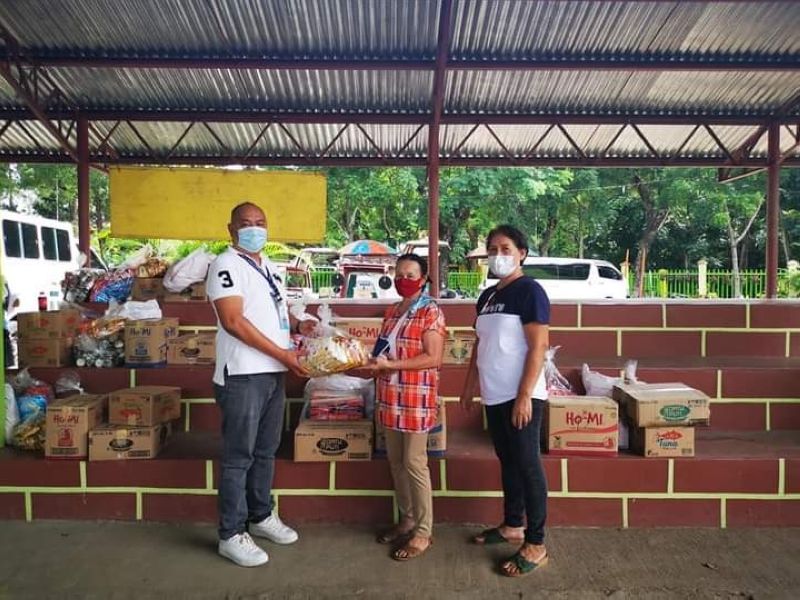 BACOLOD. Thirty-two entrepreneurs of Barangay Vito in Sagay City avail themselves of various services of the Department of Trade and Industry through its Livelihood Seeding Program-Negosyo Serbisyo sa Barangay yesterday. Eight of them received livelihood kits like sari-sari store showcase. (Contributed photo)

THE Department of Trade and Industry (DTI) has brought its Livelihood Seeding Program-Negosyo Serbisyo sa Barangay (LSP-NSB) to Barangay Vito in Sagay City.

They were given orientation on the programs and services of the DTI, consumer rights, entrepreneurial mindset, business planning and minimum health protocols.

"As part of the LSP-NSB, livelihood kits including sari-sari store showcase worth P6,000 were turned over to eight recipients who are micro-entrepreneurs already," he added.

On August 5, some 431 entrepreneurs in Binalabagan town and Escalante City participated in the LSP-NSB activity.

Of the figure, 243 are micro, small and medium enterprises (MSMEs) of Barangay Payao in Binalbagan town.

Ninety-two of them have availed themselves of the mobile business name registration service of the agency.

In Escalante City, some 188 micro enterprises of Barangay Jonobjonob availed themselves of the program. Of them, 22 got mobile business name registration.

Most of the participants are sari-sari store owners and into fish and vegetable trading, as well as rice retailing.

Also last week, 124 MSMEs in Isabela also availed themselves of the agency's program.

Of the number, 94 are entrepreneurs from the town's Barangay Libas and 30 from Barangay Camp Clark.

Other recipient-barangays in the province targeted this year include Bagong Silang in Salvador Benedicto; Poblacion in Toboso; Poblacion in Manapla; Lag-asan in Bago City; Montilla in Moises Padilla; Cabacungan in La Castellana; Buenavista in Himamaylan City; and another barangay in Calatrava.

The LSP-NSB is a program of the DTI that allows a wider reach of business development assistance by bringing government services closer to the people through partnerships with local government units (LGUs).

It aims to increase the awareness and engagement of barangay officials about the services offered by the DTI through the Negosyo Centers.