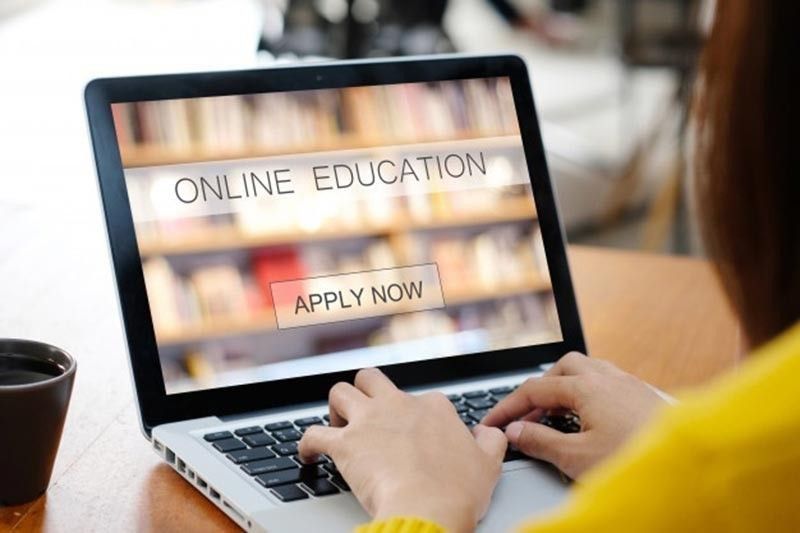 THE traditional classroom setting in the Philippine educational milieu has been shelved for the meantime to protect the students and teachers from contracting Sars-CoV-2, the virus that causes the coronavirus disease 2019 (Covid-19).

However, the Covid-19 pandemic failed to push the National Government to postpone the school year 2020-2021. The Department of Education (DepEd) decided to continue mentoring students by using the internet to provide online classes.

Some parents in Cebu, like Cyril Bacalso and Joyce Ann Echin, raised concerns about the internet-based education amid perennial problems with a slow connection.

The pandemic has forced parents (those who can afford to buy digital devices) to teach themselves and their children to adapt to and adopt online learning.

Public and private school teachers have to adjust to online learning. Cris Abayon, a teacher at Mactan National High School in Lapu-Lapu City, said she also has to deal with internet-related problems.

As for the young students, playing with their classmates has to wait in the future when the abominable pandemic goes back into its cave.

Bacalso said the online classes of her children—one is in Grade 2, the other in junior high school—were often marred by slow internet connection. Her children also experienced back pains and headaches.

School started last Monday, Aug. 10, for both children studying in a private school.

As her children are still in the transition period, Bacalso believes they will eventually adjust to the new setting; as a parent, she needs to be patient and guide them in accessing the links to the apps used in their online classes—Zoom and Google Meet.

“Parents should be near their children in case there are things our children can’t do on their own,” she said.

Bacalso trusts the school and teachers who are well equipped with different teaching techniques to keep the children engaged despite the slow internet connection.

She also has to trust herself as she has multiple roles for her children—supporter, coach, moderator and counselor.

Boredom struck the two children of Apple Quiminales in the first days of their online classes.

“During the first week of class, my kids found the new setup really boring since there was no physical interaction,” she said.

Quiminales said her children also have difficulties using computer gadgets and apps used for online classes. Like Bacalso, she guides them.

Despite the challenges, her children—a kindergarten and a Grade 5 student—are now slowly adjusting to the new setting.

For Quiminales, one of the advantages of online learning: She was able to save money as the private school where her children are enrolled had adjusted the school fees.

“No physical classes means no carpool for my two kids and it’s a big savings for me actually. The kids somehow love the new setup because they said they don’t have to wake up early and they have more time to play,” she said.

For her part, Echin said the other advantage is that she’s assured of her children’s safety and she has more time to bond with them. She has two children, ages five and eight, enrolled in a private school.

The nationwide online learning also hurls teachers into new territory outside the four walls of a classroom, blackboard and chalk. The new setup is a challenge for those serving in public schools where the students belong to the underprivileged sector.

Abayon said: “The biggest problem would be that not all teachers and students have the tools in the public schools.”

She said most teachers provide for their own gadgets since there are no government provisions for this purpose.

The public school teacher further said: “For some teachers, it is a burden to have the internet installed because P1,000 is already a huge budget for food—although we were told there would be internet in the schools. For the students, this is most challenging because not all parents can afford to give them an internet connection.”

She said her students can use the free data on Facebook to help communicate with her.

Education Secretary Leonor Briones said the classes for public schools and most private schools nationwide will start on Aug. 24, 2020.

In a statement, the DepEd reminded teachers not to force students to wear uniforms during online classes. It said wearing a school uniform had never been mandatory in public schools before the Covid-19 pandemic.

Distance learning is a challenge for Abayon.

“In the traditional instruction, the face-to-face approach, it is a challenge to catch the attention of students because many things can distract them. What more if classes are confined on a screen? There have been various webinars to help us address this challenge but we will only know once we are there,” she said. (JOB)