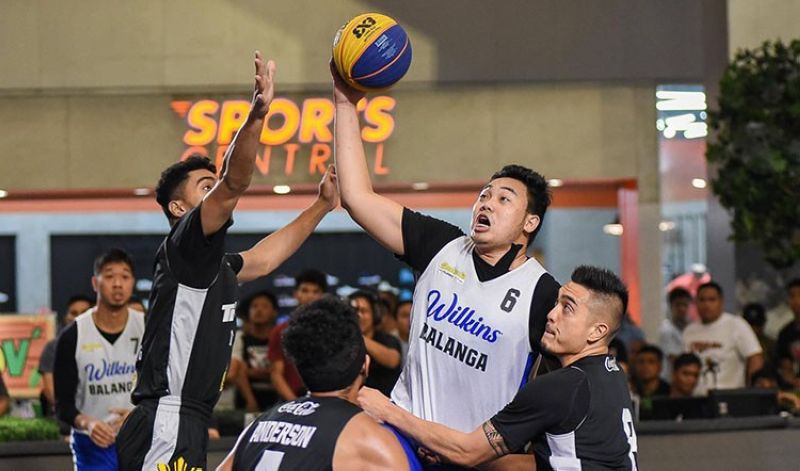 Highly-touted prospect Alvin Pasaol remains non-committal to the PBA Draft and is focused on helping the country make the Olympics in 3x3. (Chooks to Go photo)

Super scorer Alvin Pasaol has long been on the radar of many teams in the Philippine Basketball Association (PBA) but they are going to have to wait a while longer as he remains focused on helping the country make the Olympics in 3x3 basketball.

The Davao-bred dynamo said that he hasn’t given joining the PBA Draft a thought just yet, with the 3x3 Olympic Qualifying Tournament looming on the horizon. Together with the country’s top 3x3 player Joshua Munzon and PBA studs CJ Perez of Terra Firma and Mo Tautuaa of San Miguel, the Gilas Pilipinas 3x3 seek to book one of one three tickets to the 2021 Tokyo Olympics at the FIBA 3x3 Olympic Qualifying Tournament in Graz, Austria in April next year.

Pasaol said once they are done with that mission, that’s when he’ll think about the next step in his basketball career.

Pasaol has long had PBA teams salivating ever since his days terrorizing opposing defenses as the top dog of the University of the East Red Warriors in the UAAP. Although he still plays 5x5 basketball with Zamboanga in the Maharlika Pilipinas Basketball League, Pasaol has since devoted most of his efforts to playing 3x3 where he has made even more of an impact. He currently is the second-highest ranked 3x3 player in the country behind Munzon.

After battling tooth and nail with Munzon in the Chooks to Go Pilipinas 3x3, Pasaol says he’s happy to team up with latter for a change.