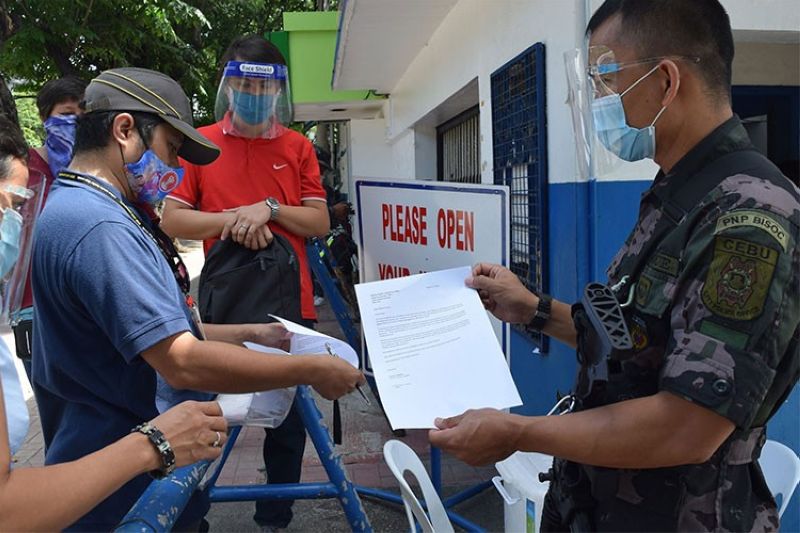 THE family and colleagues of Elena Tijamo, the non-government organization (NGO) worker who was abducted in June, visited military and police camps in Cebu City Wednesday morning, August 12, 2020.

Patrick Torres, executive director of the Central Visayas Farmers Development Center (Fardec), said in a statement that the visits were made after Patrolman Florante Desucatan of the Bantayan Police Station who was investigating the abduction told the family that Tijamo was detained somewhere in Cebu City.

Tijamo's family and colleagues were accompanied by human rights workers from Karapatan-Central Visayas.

Tijamo is a program coordinator of Fardec who was taken by armed men from her home in Bantayan, Cebu last June 13.

Since Camp Sergio Osmeña and Camp Lapu-Lapu were both currently under lockdown, they were not allowed to enter. Both camps, however, received letters from Violeta Tijamo, Elena's sister, asking for an appointment, Torres said.

He said a certain Patrolman Patalinghug from Camp Arcadio Maxilom who was on duty at the camp's entrance informed them that Mariano was not in his office.

"Asked if he could give a contact number so that the appointment with Mariano can be followed up later, he refused, saying the Cebu Provincial Police Office did not have landline phones, a fact which the group disbelieves," reads a portion of their statement.

"In spite of the uncooperative treatment we received at CPPO, we will follow up on the requests so that we can shed light on Elena's whereabouts," he added. (WBS with PR)