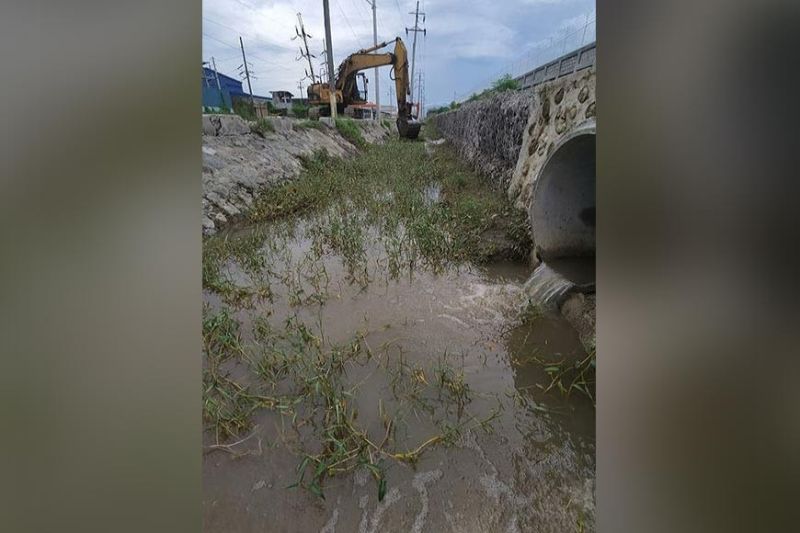 PAMPANGA. The local government unit of San Simon has initiated the desilting and construction of an open canal along Quezon road to address the flooding problem in four barangays in the town. (Chris Navarro)

TWO villages in San Simon town in Pampanga are now submerged in up to knee-deep floodwaters due to heavy downpour of rain in the past days.

Residents fear that the flooding will last again until the end of year just like what they experienced in the past year.

"Last year, we were wading in waist-deep of floodwaters from August to December. Now that rainy season is here again, we worry that we'll face the same problem again," said Romy Tabrilla, a resident of Barangay Sta. Monica.

Tabrilla pointed at the desilted waterways and clogged canals as the cause of stagnant floodwaters in their community.

"Since the construction of several establishments along Quezon Road, some of the drainages and waterways were clogged, causing floodwaters to be stagnant in our area and in Barangay San Isidro for months," he said.

Tabrilla, along with fellow residents, asked for the assistance of the national and local government to resolve the pressing problem of their community.

Upon hearing their call, Mayor Abundio Punsalan Jr. immediately ordered the desilting of the waterways along Quezon Road.

"We already desilted the canals to let the water flow from the barangays behind Quezon Road going to our water tributaries," said Punsalan.

He added that open canals will also be constructed along the major thoroughfare to allow the faster and free flow of water from the internal barangays, and prevent the flash floods during heavy rain.

"Flooding has always been one of our major problems in San Simon and we continuously look for ways to resolve it through the help also of our partners from business sector and investors in Quezon Road," Punsalan said.

Tabrilla is hopeful that through the local government's intervention, their community will experience minimal flooding this year.