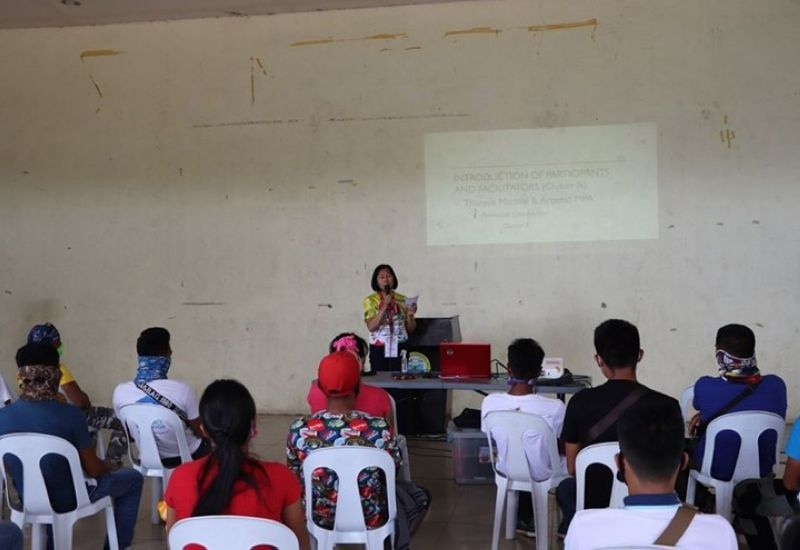 ZAMBOANGA. Fifty-two former members of the New People's Army (NPA) are set to receive the P1.3 million livelihood grant from the Department of Social Welfare and Development. A photo handout shows the former rebels undergoing orientation in preparation for the release of the livelihood aid. (SunStar Zamboanga)

THE National Government, through the Department of Social Welfare and Development (DSWD), is set to release P1.3-million livelihood grant to 52 former members of the New People's Army (NPA) in Zamboanga Peninsula.

The beneficiaries are the NPA rebels who surrendered to the 53rd Infantry Battalion (IB) based in Camp Sabido, Guipos, Zamboanga del Sur.

Herrera said the orientation is in preparation for the release of livelihood assistance to them by the DSWD.

They have also availed themselves of the cash assistance -- P65,000 each -- through the Enhanced Comprehensive Local Integration Program (E-Clip) of the Department of the Interior and Local Government, he added.

Herrera said the program of the DSWD is aligned with the mandates of Executive Order 70 signed by President Rodrigo Duterte and which seeks to institutionalize the Whole of Nation approach mandating the creation of a Task Force to End Local Communist Armed Conflict. (SunStar Zamboanga)