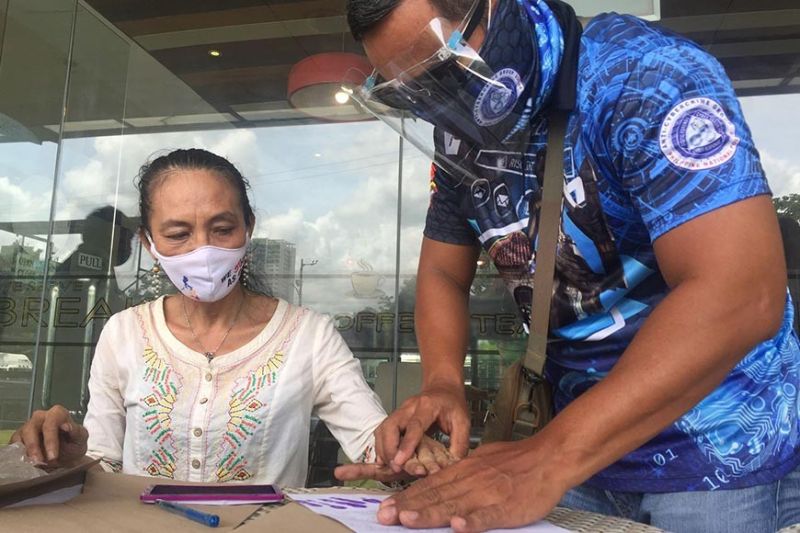 BAIL. An operative of the Regional Anti-Cybercrime Unit Central Visayas (Racu 7) takes the fingerprints of Cebuana artist and businesswoman Maria Victoria “Bambi” Beltran outside the Qimonda IT Center in Cebu City, as she prepares to post bail on Wednesday, Aug. 12, 2020 following her arrest for cyber libel over an argument with a netizen on social media. (Contributed, Januar Yap)

Beltran was arrested based on a warrant issued by Regional Trial Court (RTC) Branch 11 Judge Ramon Daomillas on July 21.

Police Col. Marlo Castillo, Racu 7 chief, said the new case against Beltran is related to a complaint filed by a certain April Cande Dequito, whom Beltran had an argument with on social media over the issue of same-sex marriage.

Her post roused the ire of Cebu City Mayor Edgardo Labella who sued her for posting fake news.

On April 19, an arrest warrant was issued against Beltran based on Labella’s complaint.