Who is Kristoffer Co? 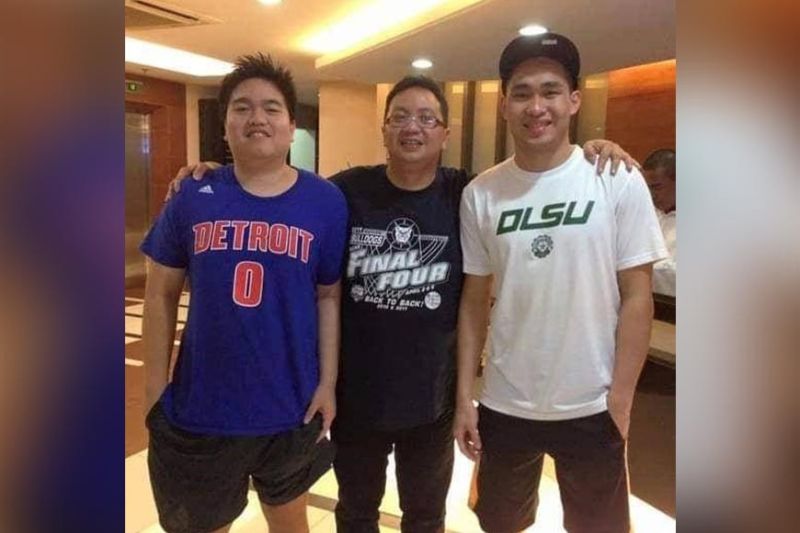 FOR most universities and colleges in the country or even abroad, sports play a vital role in the institutions’ marketing scheme--often considered as the schools’ windows.

Serving as one of the school’s marketing arms, a team of any sports discipline, to be successful, should possess complete ingredients to deliver what the management expects. One of the team’s most important components is the players--those who will fit the system and understand its principles.

But, who brings these talents to the table? They are the talent scouts or often known as agent-recruiters.

One of those successful agent-recruiters in the country is Bacolod City-based Kristoffer Co.

The 24-year-old former St. John’s Institute Baby Falcons shooting guard opted to take this career path unlike his then-high school teammate Kib Montalbo, who is now with the Talk N’ Text Tropang Texters in the PBA.

For his former head coach Dexter Dy, Co started playing at SJI in 2005 when he was 9 years old--suited up for the 10-under division until 4th-year high school.

Despite a successful high school career, Co did not play as varsity for the De La Salle University where he took his degree. Instead, he served as assistant to Coach Aldin Ayo at DLSU until they moved to the University of Santo Tomas (UST). He served as Ayo’s assistant for the UST Tigers in the University Athletic Association of the Philippines Seasons 80 and 81.

While at De La Salle, Co averages more than 20 points a game during their intramural. Despite his shooting touch, why didn’t Co push through to become a full Green Archers? According to Dy, this is because Co had a hard time dealing with his course --Bachelor of Science in Computer Science.

Meanwhile, Co did not stay long with UST’s bench because he went home for his business. It was only this year when he decided to return to coaching. This time with his Alma Mater, the SJI elementary division, and he will be assisted by former DLSU Green Archer Oda Tampus. However, the Covid-19 pandemic forced him to temporarily pause the implementation of his SJI elementary basketball program until a vaccine will be available.

When asked what leads Co to do scouting and recruitment of players for UST, Dy said that he influenced him. “He followed in my footsteps. I taught him everything I know about recruitment since I was the agent-recruiter for Hua Shiong College of Iloilo from 1996 to 2009,” Dy stressed.

Dy also explained how it is to convince players and their parents to join UST since it’s only them who are doing the scouting and recruitment.

“UST provides a high-level basketball program and quality education,” Dy said. When asked what made the UST program different from the others, he shared that they have this hands-on and detailed explanation when coaching the players to make them understand.”

Dy also revealed that when the player is a prized recruit, they really assure him of playing time and a tutor for his studies.

“As a scout and agent-recruiter, Co has yet to lose a prized player despite exerting all his efforts. His best recruit is UAAP Rookie of the Year Mark Nonoy from La Carlota City, and Cesafi MVP Leobert Andrew ‘LA’ Casinillo from the Sacred Heart School-Ateneo de Cebu Magis Eagles--son of former University of St. La Salle-Integrated School coach Leo Casinillo,” Dy stressed.

Despite the pandemic, UST has also successfully got the commitments of several high school standouts from Cebu, Iloilo and Bacolod.