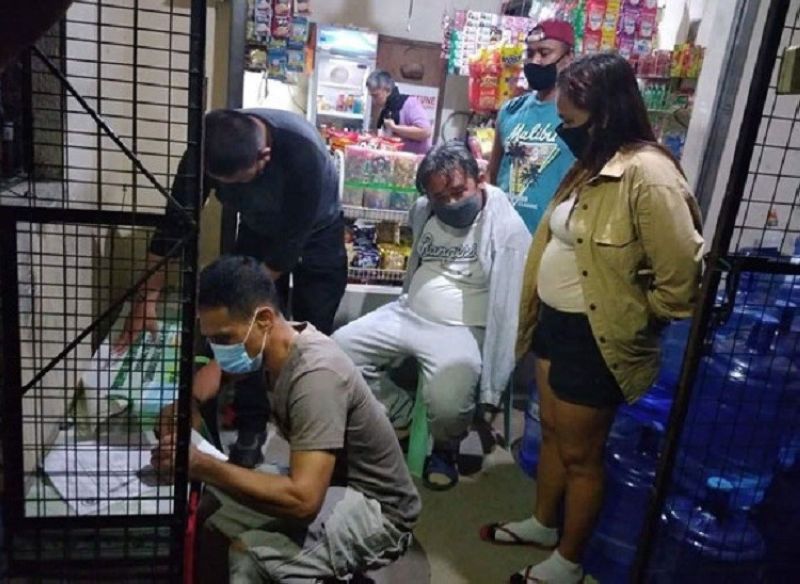 ZAMBOANGA. Joint team of Philippine Drug Enforcement Agency and policemen arrested a target-listed drug personality (seated) in a buy-bust operation in Ipil, Zamboanga Sibugay. A photo handout shows members of the arresting team conducting an inventory of pieces of evidence seized from the suspect. (SunStar Zamboanga)

OPERATIVES of the Philippine Drug Enforcement Agency (PDEA) together with policemen have arrested a target-listed drug personality in an anti-drug operation in the province of Zamboanga del Sur, an official announced Thursday, August 13, 2020.

Emerson Margate, PDEA regional director, identified the arrested suspect as Michael Ates, 44, a former member of a law enforcement agency but was dismissed from the service for drug use.

Margate said that Ates was arrested in a buy-bust operation around 8:30 p.m. Wednesday in Purok Orchids in Pangi village, Ipil, Zamboanga Sibugay.

He said confiscated from the suspect were more or less 2.5 grams of suspected shabu with an estimated value of P17,000, and buy-bust money.

He said that a case for violation of Section 5, Article II of Republic Act 9165 will be filed against the suspect. (SunStar Zamboanga)