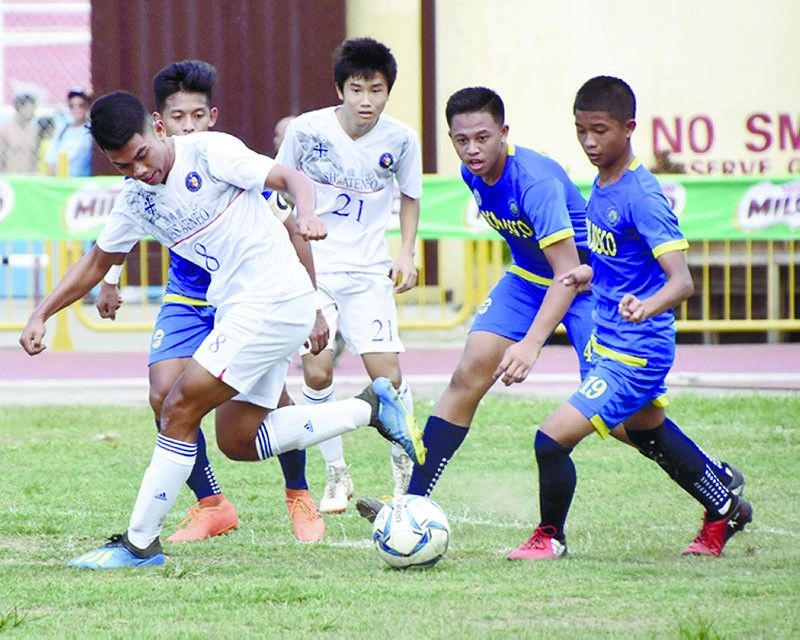 THE Sacred Heart School-Ateneo de Cebu (SHS-AdC) products Leo Maquiling and Yoojin Kim take their talents to the University Athletic Association of the Philippines (UAAP) after joining two of the top universities in Metro Manila.

Maquiling will suit up for defending men’s football champions Ateneo de Manila University (ADMU), wherein he’ll be coming in as a 19-year-old freshman.

“First, I’m very happy because we got him. I’m very sure that he will help the team for this upcoming UAAP Season 83,” said ADMU head coach Jay Pee Merida, who steered the Blue Eagles to its eighth UAAP crown by winning the championship last year.

ADMU had long been eyeing Maquiling since his varsity football days for SHS-AdC in grade school. They were impressed with his ability to play multiple positions and experience in international youth competitions.

“Leo (Maquiling) was already in the eyes of the ADMU coaches since his grade school days. He was scouted in the Palarong Pambansa both in grade school and high school, as well as his stint in the national youth team. As expected, Leo will be playing a big role in orchestrating the attacking system of the team. His experience and talent will definitely help defend its crown for the upcoming Season 83,” said ADMU football program head Bob Manlulo.

Meanwhile, Kim will be playing for the women’s team of the University of the Philippines (UP).

“I will give my best and use the set of skills I have to contribute to the success of the team. I will take this opportunity to grow for the team and enhance my skills for the team. I’ll make sure that I won’t fall behind and not trouble my coaches and teammates. I’ll also be there if anyone needs my help in anything and treat the team as my family,” said Kim.

The 19-year-old Kim will be reunited with her former SHS-AdC teammates Itsuko Bacatan, Regine Chua and Sydney Gonzales.

Kim is forever thankful to SHS-AdC for molding her into a disciplined person on and off the field.