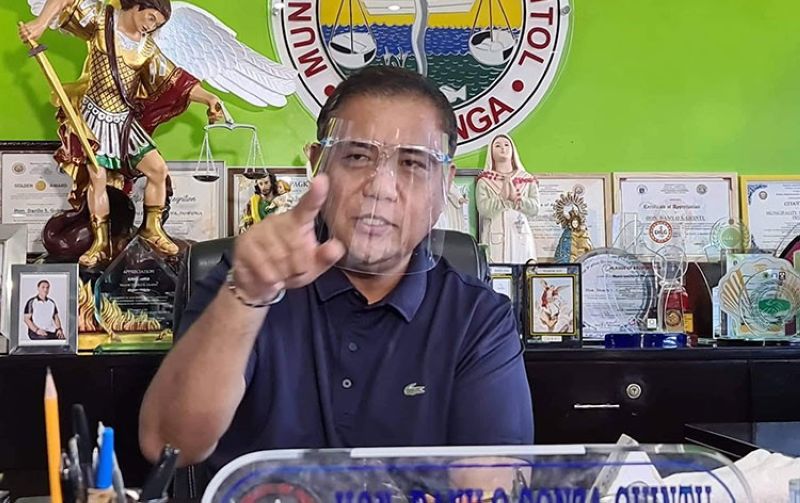 PAMPANGA. Mayor Danilo Guintu said the local government unit is mulling on filing a case against the worker who infected the first Covid-19 patient of Masantol town. (Chris Navarro)

THE worker from Alabang, Muntinlupa City who infected the first coronavirus disease (Covid-19) patient in Masantol town may face charges for violation of quarantine protocols.

Mayor Danilo Guintu said he is looking into possible filing of charges against the worker after he came to the municipality and mingled with residents despite knowing that he a got positive result in the rapid test for Covid-19.

He said the worker even engaged in a drinking session with his relatives in the town while waiting for the result of his RT-PCR test, which later turned out to be positive.

"If you tested positive for the rapid test and was subjected to swab testing, it is already public knowledge that you must undergo self-quarantine and isolation but instead of following the protocol, he went to a Covid-19 free municipality and mingled with the people," the mayor said.

Guintu said the worker managed to expose at least 11 individuals to the dreaded virus due to his interaction with them.

One of which was his driver who later became the town's first confirmed Covid-19 case after testing positive in the swab test.

The mayor said he is now consulting with the municipal doctor and legal consultants for possible filing of a case against the worker.

"Of course, there is still compassion because he is also battling with the disease and I was told that he was already kicked out of his apartment in Alabang but I must also consider the lives that he endangered due to his carelessness," he said.