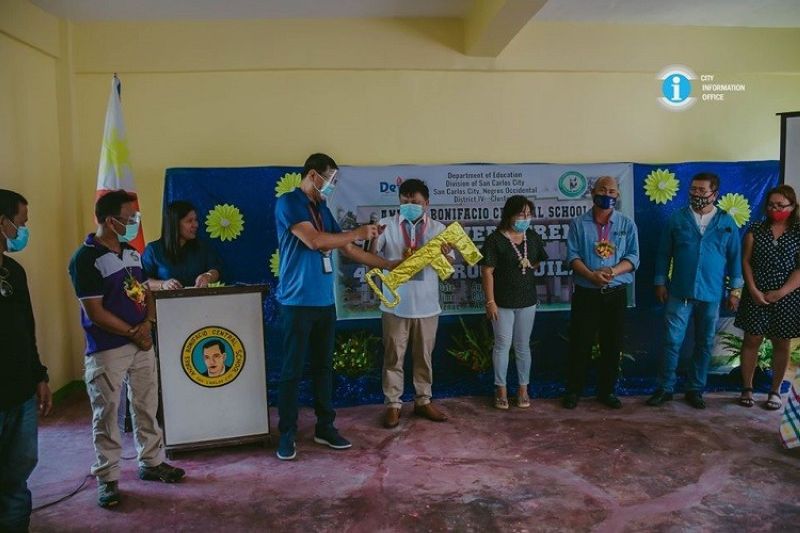 Mayor Gustilo said the two schools are also recipients of an audio-visual room (AVR), which will be used as faculty room for teachers. An additional P50 million will be allocated from the Special Education Fund (SEF) next year, putting Liobet in charge of implementing projects and programs.

Gustilo also urged teachers to take care of the newly built classrooms and reminded them to refrain from traveling to places where Covid-19-positive cases are increasing, cooperate with local government and observe health measures at all times.

Liobet, on the other hand, expressed his gratitude to the local government for its continuous support to the DepEd, especially in its various projects and activities.

The two schools also received boxes of alcohol and paints from the Sangguniang Panlungsod Office.