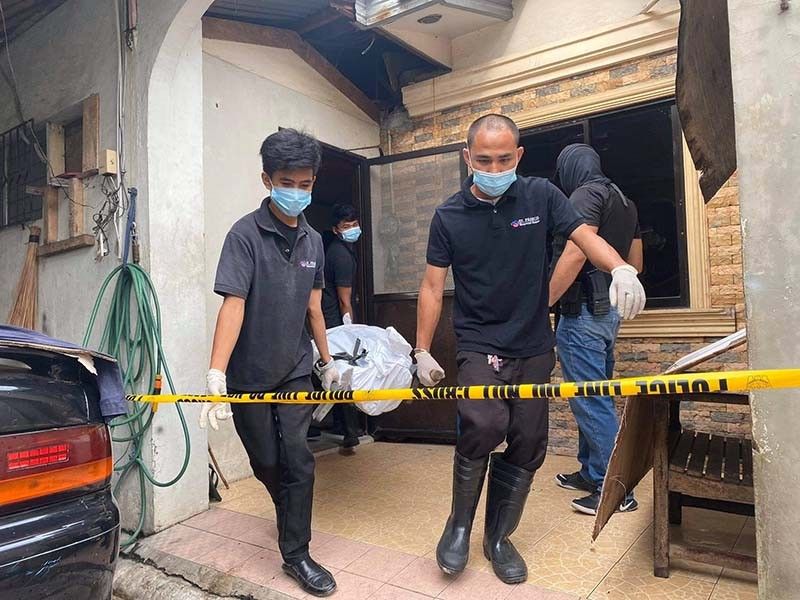 SUSPECT DOWN. The body of Nilo Quirante, 68, is removed after he and a cohort were killed by police who were serving arrest warrants against them at his house in Barangay Tungkil, Minglanilla, Cebu at dawn on Thursday, Aug. 13, 2020. / BENJIE TALISIC

CENTRAL Visayas’ most wanted person and his cohort were killed in a shootout with police in a subdivision in Barangay Tungkil, Minglanilla, Cebu at dawn on Thursday, Aug. 13, 2020.

Nilo Quirante, identified by police as one of Cebu’s notorious drug lords, was killed when he attempted to flee from operatives of the Regional Special Operations Group (Rsog) 7, who were serving arrest warrants against him.

Also killed was Faustino Torres, identified as his former associate and Dumanjug’s second most wanted person.

Police operatives from Minglanilla and Dumanjug towns also participated in the operation.

Quirante was shot in the head and different parts of the body.

Col. Benedict Poblete, who headed the operation, told Superbalita Cebu that they’ve been looking for Quirante for the last three months.

After receiving information from several sources, they were able to track his whereabouts in Minglanilla, Poblete said.

They placed him under surveillance after confirmed his location in Barangay Tungkil.

Police confiscated sachets of suspected shabu, a KG9 submachine pistol and a .45 pistol from the crime scene.

Quirante, 68, was a former member of the Philippine National Police and was assigned in Cebu Province.

He became the most wanted person in Cebu and Central Visayas for his alleged involvement in illegal drugs and several killings.

Quirante was also identified as the leader of a gun-for-hire group in southern Cebu, based in Dumanjug.

According to police, Quirante also managed one of the branches of self-confessed drug lord Franz Sabalones’ operations.

Police had conducted several operations against him but he always managed to elude capture.

Ferro said Quirante’s drug syndicate and his gun-for-hire group are expected to cease operations with him gone.

However, Ferro is not discounting the possibility that remnants of Quirante’s group may make a comeback under one of his deputies.

“The other effect is that the leader of this criminal syndicate has finally been neutralized and... the group will surely collapse. Without a leader, they will surely have difficulty in reorganizing themselves,” the police official said.

Col. Cedric Earl Tamayo, chief of the PRO 7’s Personnel Division, said Quirante was kicked out of the force on April 20, 1995.

Tamayo said they had not been privy to his whereabouts or to the reason for his dismissal.

Ferro said his predecessors were able to monitor Quirante’s group and even filed cases against them over their alleged involvement as political goons during the 2013 national elections.

Quirante’s group, whom Ferro described as elusive, was reportedly backed by a powerful politician at the time.

Quirante’s connections with Sabalones also prompted them to operate on the former.

Ferro said Quirante’s illegal operations flourished when he left Sabalones’s group after the latter surrendered to authorities on 2016.