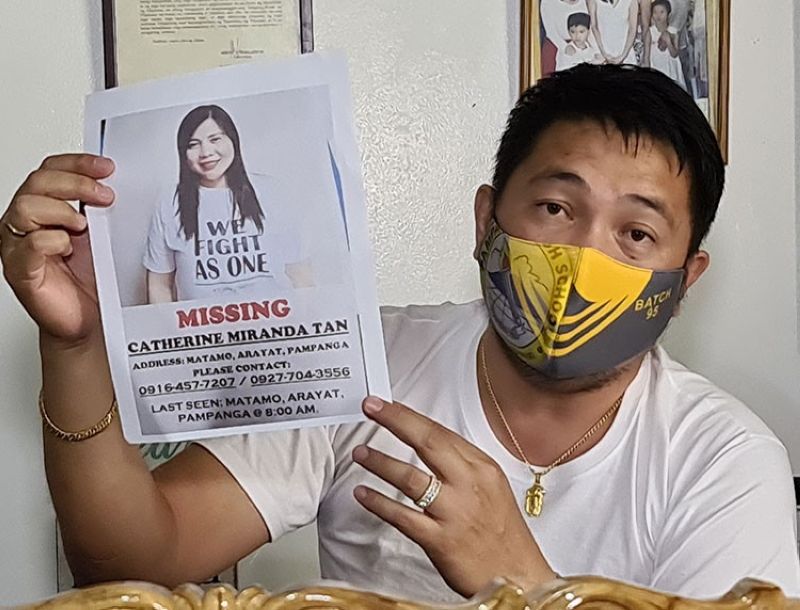 PAMPANGA. Arayat Vice Mayor Sixto Mallari Jr. shows a picture of his staff who has been missing since August 12, 2020. (Chris Navarro) 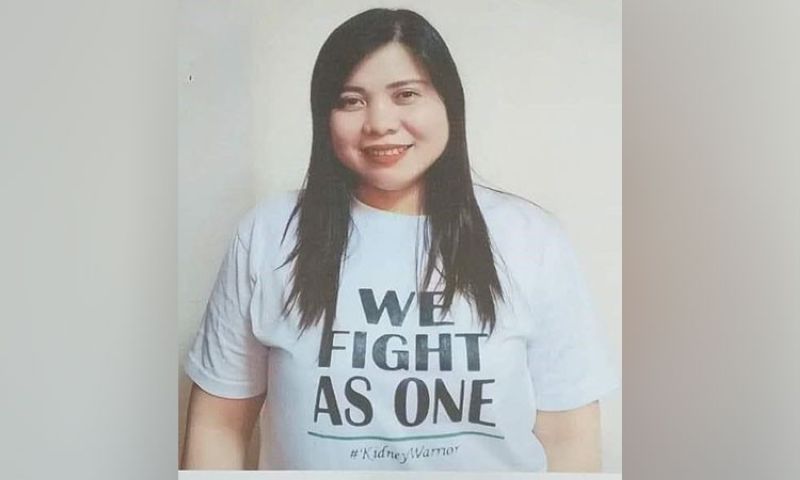 A 40-YEAR-OLD woman employed under the Office of the Vice Mayor in Arayat town went missing while on her way to work on Wednesday, August 12, 2020.

Vice Mayor Sixto Mallari Jr. said his staff, Catherine Miranda Tan, was expected to report to work on Wednesday but did not show up.

"In the morning of Wednesday, she texted her fellow staff to wait for her before eating breakfast because she said she was bringing soup but unfortunately, did not show up until the day ended. She was also not available to any forms of communication during the whole day," Mallari said.

The following morning, Mallari said Tan's family started reaching out to her fellow employees, as the latter reportedly did not come home and was also unreachable through her phone.

"We already got worried because knowing my staff, it is not in her nature to not communicate with her children since she is a solo parent and is the only one attending to her kids," he said.

Mallari said he immediately coordinated with the local police regarding the matter and told his staff to watch over Tan's three children while the investigation is ongoing.

He said that during the police investigation, a resident claimed that she saw Tan being forcefully taken by five armed men onboard a white van at the boundary of Barangay Matamo and Cupang in Arayat.

According to the witness, when the perpetrators saw Tan approaching their direction, they immediately cut her away and forced her to board the van.

One of the armed men then drove Tan's motorcycle and fled toward the town proper along with the white van.

"We were only able to confirm that it was her who was kidnapped because her slippers and the container of the soup she was supposed to bring to the office was left in the spot where the incident happened," Mallari said.

He added that it was the last moment the victim was seen in public.

She remained missing as of noon Friday, August 14.

The vice-mayor said the incident could be politically motivated, as Tan is one of her strongest and most active supporters and political leaders.

"I cannot see any other reason because my staff is just a simple citizen. She does not have a huge business and her only means of living is her employment to me and a selling small items," he said.

He said that last year, the victim was also kidnapped and harassed by armed men due to her support to his then candidacy as vice-mayor.

Tan, however, was released but was threatened that she will be killed if she does not stop supporting Mallari.

Mallari, meanwhile, declined to identify the persons he suspects to be behind the incident.

"It is hard to accuse, so I will not drop names. All I am asking is for them to return my staff, hopefully safe and alive," he said.

He also asked the public to report any information that could help in the investigation and possible location of Tan.

"My staff has three children who are all relying on her and need her. I hope we can help her family be reunited with their mother as soon as possible," he said.