Backriding allowed for all 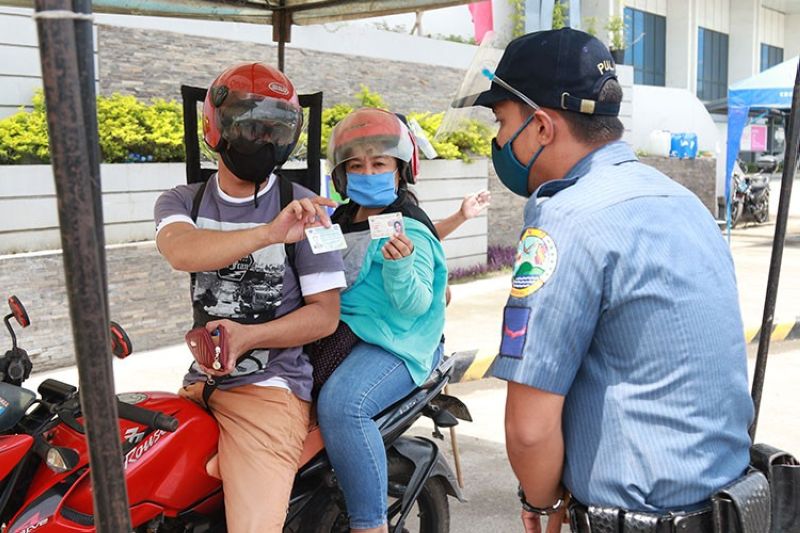 DAVAO City Mayor Sara Duterte-Carpio said on Friday, August 14, 2020, that motorcycle backriding is allowed for all.

This came after Duterte-Carpio, along with other local chief executives in Davao Region, attended a meeting with the Inter-Agency Task Force on Emerging Infectious Diseases (IATF-EID) on Tuesday, August 11.

"Motorcycle backriding will now be allowed for all. Dili na siya limited for couples only, provided that wearing of masks, helmets, and barriers are still observed," she said in an interview via 87.5 FM Davao City Disaster Radio.

This has been in effect since August 13.

Duterte-Carpio said that one chief executive, of which she cannot recall, asked Department of the Interior and Local Government (DILG) Secretary Eduardo Año on the IATF provision on backriding.

Año, according to her, said that "they leave it to the local chief executives to discern" on how they will implement not only the policy on back riding but also on other policies of the IATF.

The mayor said an amendment will be made on the Executive Order (EO) 47-A.

According to Section 13 of the EO, "the barrier may be made of any design and material, provided that it will cover the upper body of the driver, but not extend above the head."

Netizens have been clamoring on social media to allow pillion riding (angkas or back riding) for everyone.

Some are also urging the city to lift the mandatory barrier between motorcycle riders.

However, the mayor already said the city will abide by the policy on mandatory barriers as it is stated on the IATF omnibus guideline.

Meanwhile, the mayor said that according to Año, face shields are only required in areas placed under enhanced community quarantine (ECQ) and modified ECQ (MECQ).

For Davao Region, which is currently under modified general community quarantine (MGCQ), the mayor said the DILG secretary also said the local executives have the "discernment" in implementing it.

With this, Duterte-Carpio said it will still not require face shields in public.

She emphasized that the city mandated the wearing of face shields "for employees and establishments where there is a high volume of people moving inside the premises."

She also said face shields are only required for people working in enclosed places and in areas where people are constantly dealing with many persons.

Earlier, the Land Transportation Franchising and Regulatory Board (LTFRB) issued a memorandum circular dated Saturday, August 1, stating that drivers, conductors and passengers of public utility vehicles (PUVs) in areas across the country under general community quarantine (GCQ) must wear a face shield or eye protector, on top of face masks.

In a later memo circular, eye protectors, including eye goggles, were omitted.

Meanwhile, in a Department of Transportation (DOTr) memorandum dated August 3, Undersecretary for Administrative Service Artemio Tuazon Jr. directed all officials of transportation sectors to enforce the policy in areas where public transport has been permitted. The memo states that wearing face shields will be required for everyone traveling via public transport beginning next week, August 15.

The mayor said face shields will only be required to people in public mass transportation.

But the city will exempt drivers of all mass transportation vehicles from wearing it.

"Ang ingon nato (We said that) drivers should ensure his protection by mounting barriers around him just like how taxi drivers do it," Duterte-Carpio said.

The mayor previously said the City Government will request LTFRB to consider the complaints and concerns of drivers who are worried about the risk it will bring, not only to them but also to their passengers.

Meanwhile, based on the initial information she received from the IATF, the city will be placed under extended MGCQ.

Although this will have to be confirmed on August 15 and President Rodrigo Duterte will personally announce it.

Once confirmed, this will be the third extension since the MGCQ was placed on July 1.