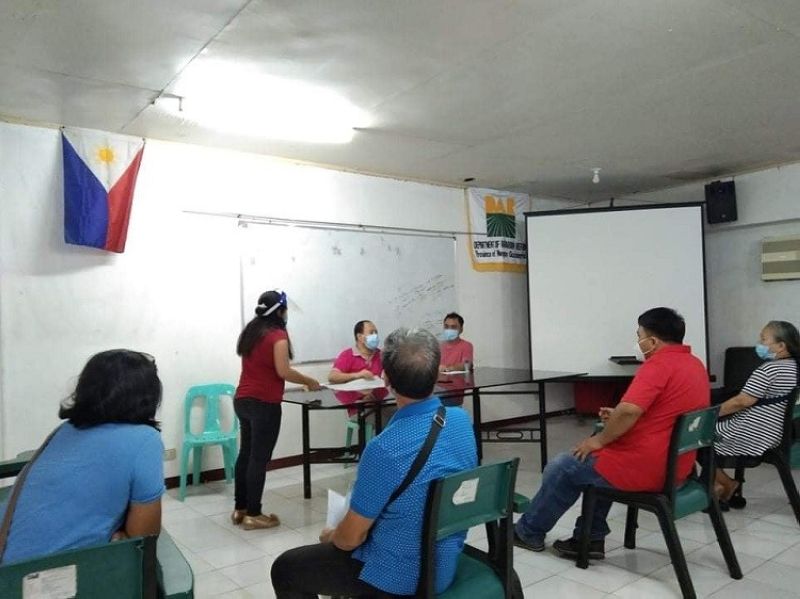 BACOLOD. Group of Environmental Socialists held a dialogue with some agrarian reform beneficiaries at the conference hall of DAR-Negros Occidental I in Bacolod City earlier this week. (Contributed Photo)

REPRESENTATIVES of Group of Environmental Socialists (Goes) held a dialogue with some agrarian reform beneficiaries (ARBs) in the province at the conference hall of the Department of Agrarian Reform (DAR) – Negros Occidental I in Bacolod City earlier this week.

The dialogue is in line with the environment group’s main objectives of protecting, conserving, expanding and preserving major ecosystems.

It was attended by lawyer Leandro Castro, chief of Legal Assistance Division of DAR-Negros Occidental I.

Among the issues discussed are the final survey of the mother certificate of land ownership award (Cloa), the encroachment of the landlord in one of the ARB properties, and the area under Notice of Coverage (NOC) which farmers have been struggling to recover.

Goes said it has agreed with the DAR on points of moving forward in achieving justice and addressing issues of the farmer-beneficiaries.

The group remains committed to taking part in more environmental forums and activities to ensure a justified form of system in accordance with the law.

Also, applying the power of the community to be heard being spokespersons and facilitators for the people, it added. (PR)