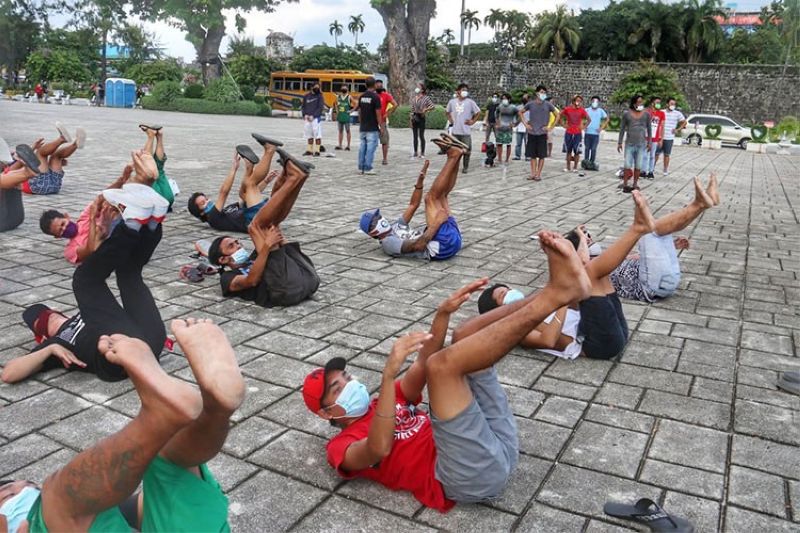 MORE VIOLATORS. There are still many Cebuanos who fail to observe general community quarantine protocol. As the new city ordinance penalizing any violation of the quarantine protocol will be implemented on Aug. 16, 2020, violators will be facing jail time or be fined. (Amper Campana)

Cebu City Councilor Dave Tumulak, one of the authors of City Ordinance 2566 or “An Ordinance Penalizing any Violation in Relation to the Implementation of General/Enhanced Community Quarantine in Cebu City During Public Health Crisis,” said pending on the decision of the court, the violator will be detained at the police station.

Based on the ordinance, the violator may be penalized P1,500 for the first offense, P3,000 for the second offense, and P5,000 for the third offense or 30 days imprisonment depending on the discretion of the court.

Tumulak said he will propose an amendment to the penalties of the ordinance to have an administrative fine of only P500.

He said this is pursuant to the request of Cebu City Mayor Edgardo Labella who found the penalties provided in the ordinance too high.

If approved, Tumulak said, the violator may not reach the court anymore.

For those violators who are still minors, Tumulak said the Juvenile Justice Law will be followed by the court.

He said should the court find the violator guilty of breaching quarantine protocol, it will also reflect on the violator’s police identification card and National Bureau of Investigation clearance.

All apprehended residents will still be brought to the Plaza Independencia where personnel of the Prevention, Restoration, Order, Beautification and Enhancement (Probe) team will get their records.

The records will be used to determine how many times the violators have breached the ordinance.

The Cebu City Police Office (CCPO) is preparing its jails including jail buses which will serve as temporary prison for violators.

CCPO Director Josephino Ligan added that those who don’t observe social distancing inside their cars and who participate in mass gatherings will also be arrested.

On the other hand, police cannot yet arrest those workers who return to work but do not wear face shields.

The Department of Labor and Employement released an order to all companies to require their employees to wear a face shield at all times as part of the implemented health protocol starting Aug. 15.

Ligan explained that all they can do is reprimand violators. It is not yet possible for the police to arrest violators because Cebu City does not have an ordinance on face shields yet. (JJL/AYB/MMC)