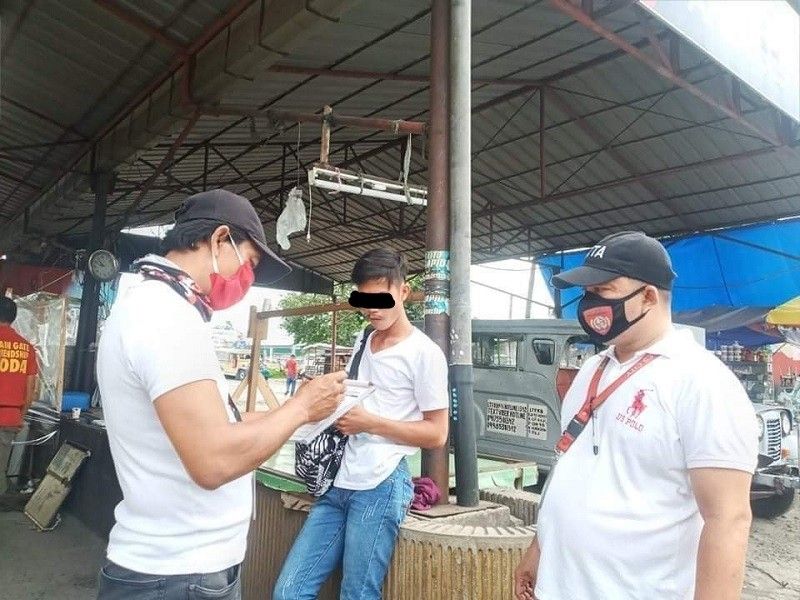 VIOLATION TICKET. A personnel of the Angeles City LGU issues a violation ticket to a person for not wearing a face mask. (AC-CIO)

ANGELES CITY -- More than 500 Angeleños were given ticket citations as the City Government intensifies its no-face mask and loitering policies.

It can be recalled that Mayor Carmelo “Pogi” Lazatin Jr. ordered on August 3, stricter implementation of the city’s Covid-19 health and safety protocols by issuing Ordinance 546, which penalizes individuals not wearing facemasks, bringing quarantine passes and loitering outside of their homes.

Since its implementation, the City Government and barangay officials have been doing daily rounds of inspection in 33 barangays, and other public areas in the city, to give citation tickets to individuals caught not following the facemask and loitering policies.

The penalty for first-time violators is P1,000.

As of August 13, out of the 571 violators, 169 have been compliant and have already paid their fines; 402 violators have yet to report and pay for their penalty.

According to Lazatin’s Chief Adviser and Tactician Director IC Calaguas, non-compliant violators will receive a demand letter sent by the City Legal Office.

“If after receiving the demand letter, they still refuse to pay their fines, the city government will have to take action and file a case against the said individual,” Calaguas said.

In a recent tally of violators collated by the Barangay Affairs and Public Assistance Center (Bapac), Barangay Amsic has the highest number of violators with 84 residents receiving citation tickets for not wearing facemasks and loitering. Balibago has the second highest with 51 violators, while Sapalibutad is in third with 40 violators.

Sta. Trinidad Barangay Captain Dan Nacu addressed the sentiment of Angeleños who find the penalty fee too steep, citing it as the reason for not being able to comply.

Meanwhile, Lazatin urged all Angelenos to do their part in helping the City Government prevent the further spread of Covid-19.

To date, Angeles City has 137 confirmed Covid-19 cases, 73 of which are currently active.