EXPLAINER: Quarantine by households? Yes, 356 houses in Cebu City are still locked down. Who decides, how it is done. 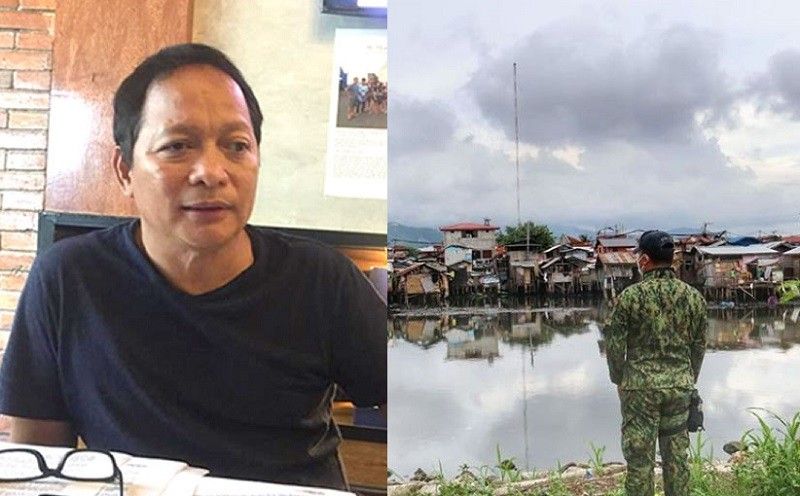 The six areas – in Barangays Guadalupe, Mabolo, Tisa, Quiot and Labangon – were at the time added to the list of 20 barangays that had the highest number of Covid-19 cases in the July 9 to 22 data collated as Cebu City emerged from its 46-day enhanced community quarantine (ECQ) ordeal and started its general community quarantine (GCQ) stint last August 1. (The city starts its second “quincena” of general quarantine Sunday, August 16.)

The stance of the city since its return to GCQ has been to slow the spread of coronavirus under GCQ by keeping the capacity to clamp totally specific small places: sitio, block, subdivision, street, or a house -- that’s right, even a single house -- GCQ with the power of ECQ in surgically picked, specific and tiny areas, without disrupting the gradual return of the rest of the city to trade and commerce.

Stress on “surgical,” “tiny and narrow” and “specific.” “Granular” refers to small grains and particles.

It focuses on one part, not the entire body.

Thus eyebrows were raised when entire barangays, 20 of them, were originally listed.

Vlahdemier Genete, a communications assistant of City Councilor Joel Garganera, told SunStar Saturday, August 15 that after the lifting of granular lockdown or GL in six areas, what remain under lockdown are 356 houses.

Garganera, IATF deputy implementer for Cebu City, himself explained that the locked-down houses are found in 50 of 80 barangays; 30 others “don’t have any more transmission.” Individuals found positive, Garganera said, live or reside far from each other; so only the individual households need to be locked down.

What qualifies a house to be placed under selective quarantine? (1) A confirmed positive case in it OR (capitalized by the IATF source) (2) “a person (who) is deemed a probable.” By that is probably meant a suspected infected person, with the obvious symptoms.

The house lockdown, SunStar learned, is treated as a second mode of lockdown, separate from the GL.

The barangay concerned endorses the GL of an area, “with the cooperation” of the city police office and the city health office. Then the request goes to the Cebu City Emergency Operations Center (EOC), which forwards it to the mayor’s office, which in turn endorses it to the regional IATF. (Garganera said he is not a member of the region’s IATF panel, which is composed of regional directors of national offices.) If approved, the mayor issues an EO placing the area under lockdown.

The same procedure is followed in the lifting of a GL, Garganera said. It was the region’s IATF that announced last August 13 concurrence to the GL lifting in six areas.

If it is a household lockdown, however, the clampdown is “automatic,” Garganera said.

Once the barangay receives the “line-list,” it locks down the house for 14 days. The patient is “extracted” and other members of the household swabbed. Other persons who came in contact with the patient are traced.

A person’s house is also locked down if he is found with influenza-like illness (ILI) after being swabbed at a cluster clinic and is awaiting the result. He is “extracted” if found positive and his house is locked down also for 14 days, accompanied by tracing of his contacts. Instructions to barangay officials on what to do include a briefing on GL procedure.

Food is provided “from date of testing until the lockdown is lifted.” That is crucial as nobody gets in and out of the house during the quarantine.

Garganera did not say but it is assumed that a house lockdown is lifted after the two-week quarantine period. The barangay may not have to go through the process of going to the mayor and the region’s IATF, or does it?

Barangay officials need to explain to concerned residents what happens in case of a house lockdown.

It may not be scary but a “line-list” and an “extraction” may alter the lives of a household with a confirmed or suspected “probable” Covid-19 patient among its members. It is something to be prepared for.