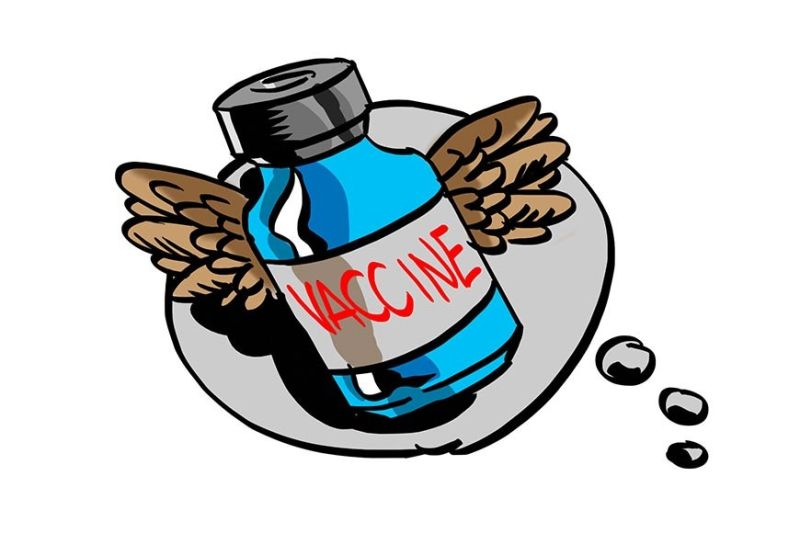 ABOUT nine months from now, President Rodrigo Duterte could get vaccinated against this coronavirus that has altered how we live and work this year. That is not certain. It’s merely what the presidential spokesman, Harry Roque, announced last week.

He also revealed, according to the same Deutsche Welle report, that Phase 3 clinical trials may take place in the country from October 2020 to March 2021 for the vaccine candidate that’s been named Sputnik V. At that stage of the vaccine development process, thousands of people are given the vaccine candidate to confirm that it is both safe and effective.

Health authorities in the Philippines have yet to reveal what criteria they will use to pick who will get to test Russia’s vaccine and where one can sign up. I’m curious to see how the health department will handle the public awareness and persuasion components of this process. Our latest experience with a new vaccine didn’t go so well, if you’ll recall.

In November 2017, the French vaccine manufacturer Sanofi Pasteur recommended that its vaccine Dengvaxia shouldn’t be given to anyone who had not fallen ill with dengue fever before. Problem: It had already been given to thousands of children and teenagers, from nine to 16 years old, as part of a massive immunization campaign that began 19 months before that announcement.

To be fair, it is not just the government’s responsibility that vaccine adoption levels dropped after that controversy. But drop they have.

For instance, in 2009, an estimated 90 percent of the vulnerable population in the Philippines had received the BCG vaccine against tuberculosis. By 2019, the coverage rate dropped to 69 percent. The same report that Unicef and the World Health Organization released last month showed that immunization rates had also dropped for polio (from 86 percent in 2009 to 77 percent in 2019) and for the diphtheria, whooping cough and tetanus vaccine (from 89 percent in 2009 to 79 percent 10 years later).

A larger challenge was also at play: the steady erosion of trust in nearly all institutions, including government officials and public health experts. We have seen in recent years how the cautious voice of someone who has spent years in vaccine research could be so easily drowned out by the loud and impassioned posturing of a less qualified individual like, say, a high-profile government prosecutor.

No one really knows how soon a safe and effective virus against Sars-CoV-2 will be available. Or how affordable it will be.

The pragmatic and responsible choice is still to do everything we can to prevent our exposure to it; to keep our guard up, especially as the quarantine restrictions continue to ease. To stay at home as much as humanly possible and, when we do have to go out, to wear both a mask and a face shield, keep at least six feet away from other people, avoid touching surfaces, use alcohol on our hands when we forget and end up touching surfaces anyway (door handles, ATM terminals, escalator railings, merchandise on grocery shelves).

If you’re both an introvert and a bit of a hypochondriac, you’ll find it easier to adopt these behaviors. Yet even then, there will be days you will feel drained and down. That’s perfectly normal. You have spent months trying to outrun an invisible threat. That is bound to exhaust you sometimes. But you are not helpless. That’s important to bear in mind.

At this point for those of us in the Philippines, talking about a Covid-19 vaccine is a lot like dreaming. It is a temporary escape. And I don’t know about you, but it seems like our public leaders have more urgent challenges to deal with, like stimulating economic activity and saving lives at the same time, than dreaming of a vaccine someone else is making elsewhere.