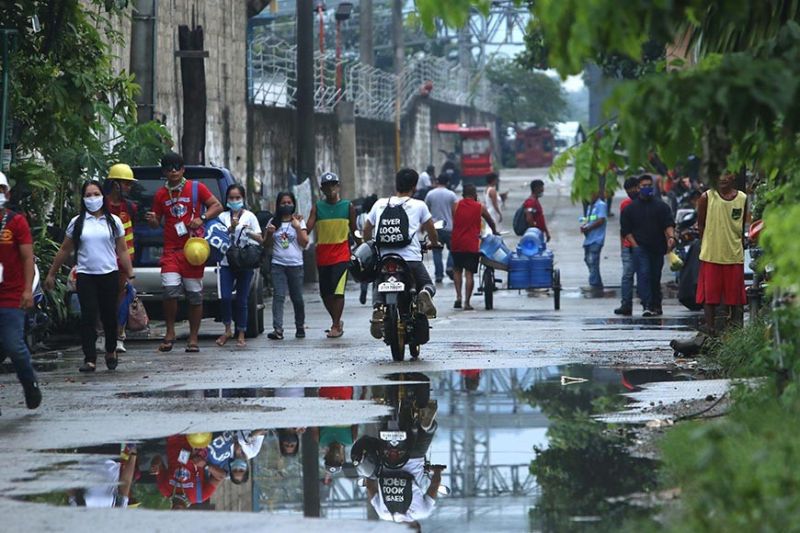 PRODUCTION UP. According to records of the weather bureau Pagasa Mactan Station, Cebu has received 53 percent more rainfall since June 1, 2020, compared to the same period last year. This has meant production at the Metropolitan Cebu Water District’s two main sources of water has also increased. (Alex Badayos)

Edna Inocando, MCWD information officer, said production at its two major water sources, the Buhisan Dam in Cebu City and the Jaclupan Dam in Talisay City, has gone up.

Before the start of the rainy season last June, the Buhisan Dam produced 3,800 cubic meters of water per day, while the Jaclupan facility produced 17,000 cubic meters.

“If the rains continue, hopefully, we can return to normal production in two weeks time,” Inocando told SunStar Cebu on Saturday, Aug. 15, 2020.

However, Inocando said the increase in water production is not an assurance that there will be no more water shortage.

Inocando urged the public to continue conserving water since supply interruptions can happen anytime like when the MCWD is conducting main line leak repairs or if there’s a power outage.

“My advice is to store water because we don’t know when there are emergency interruptions,” she said in Cebuano.

According to records of the weather bureau Pagasa Mactan Station, Cebu received a total of 595.8 millimeters of rainfall from June 1 to Aug. 14, or 53 percent more compared to the rainfall volume for the same period last year, which was 389.8 millimeters.

“Our conversion is that every one millimeter of rain is equivalent to 5,000 drums or barrels of rain per square kilometer. In summary, we’ve received more rainfall this year from June to August, based on our records,” said Pagasa Mactan weather specialist Jhomer Eclarino in a mix of Cebuano and English.

Pagasa officially announced the start of this year’s rainy season on June 12.

It earlier said the occurrence of thunderstorms, tropical depression Butchoy and the southwest monsoon (habagat) five days before the announcement brought significant amount of rains over western sections of Luzon and Visayas.