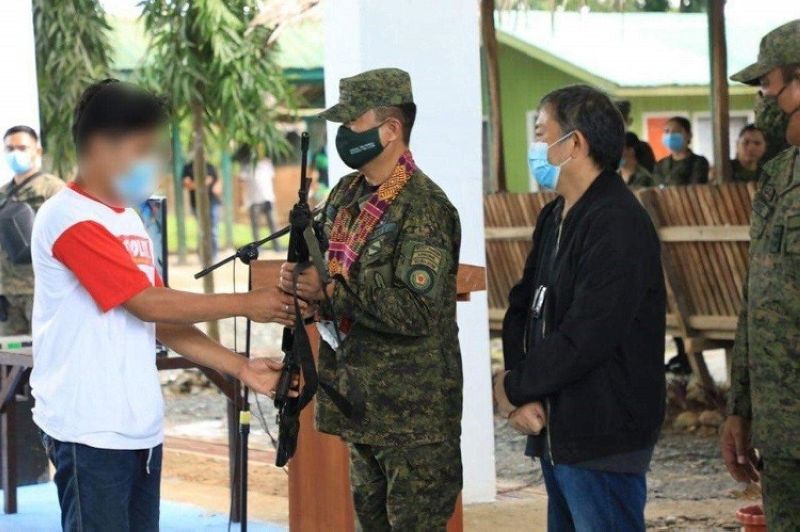 Sobejana met with the 18 former NPA rebels during the First Former Rebels Summit at the headquarters of the Army’s 102nd Infantry Brigade in Ipil, Zamboanga del Sur.

“With our partners and the communities, we will capacitate forces that will address the challenges of the times. The Army will raise forces that can provide new opportunities to our brothers and sisters who have fallen victim to the deceptive communist terrorist groups,” Sobejana said.

“Despite the pandemic, our government consistently pursues lasting peace and development in Zamboanga Peninsula. This also attests to our resolve to defeat the communist insurgency before 2022 and maintain stability in the region,” he added.

Also present during the summit were 58 other former NPAs, who surrendered to the government in previous months.

They all received medical and financial assistance from the local government units, technical working group of Task Force to End Local Communist Armed Conflict (TF-ELCAC), and other government agencies.

Brigadier General Leonel Nicolas said that all the 76 former rebels were members of the NPA operating in the region.

Nicolas said the 18 former NPAs presented to Sobejana belong to the platoon that provides staff work, services and security support to all admin and operational activities of the NPA.

“I would like to thank the 97the Infantry Battalion (IB) because when our groups clashed and I was hit, they rescued me and provided me with proper medical attention. This is contrary to what our comrades conveyed that if we surrender, we will be beaten or tortured,” said Ka Peewee, one of the NPA surrenderers.

Peewee and his wife, Ka Ritchie, surrendered to the 97IB on August 6 after they clashed with the troops in Tinuyop village, Leon Postigo, Zamboanga del Norte.

Peewee was injured during the clash that lasted for about 15 minutes. The troops provided Peewee first aid and rushed him to a military hospital in Zamboanga del Sur.