No one can go near Duterte, Palace says 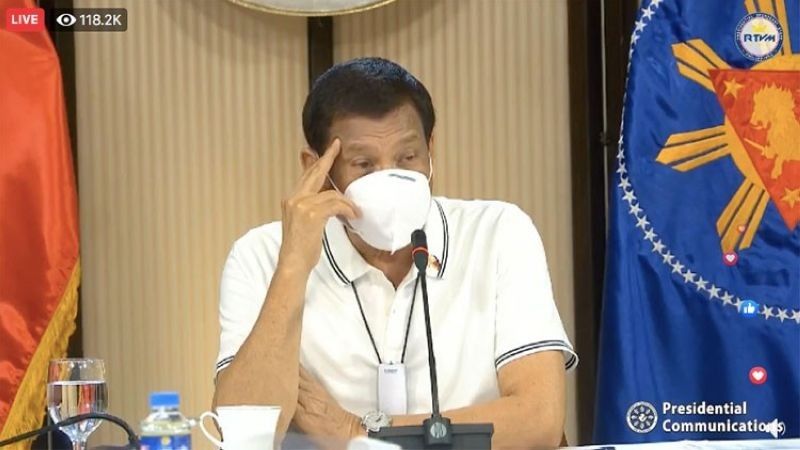 He said the Presidential Security Group (PSG) is making sure that everyone stays at least six feet away from the President at all times to protect him from coronavirus disease 2019 (Covid-19).

“His health is fine. The President is in perpetual isolation because no one can come close to him. Whenever we meet with him, there is a velvet rope that keeps him at least six feet away from everyone else,” Roque said in a virtual press briefing Monday.

“He is in ‘perpetual isolation’ in the sense that PSG [Presidential Security Group] has done a very good job in making sure that no one comes really close to the President,” he added.

On Sunday, August 16, Roque denied that the President has left the country.

He was reacting to rumors that Duterte left on Saturday to seek medical care in Singapore.

Roque said the President had no close contact with Department of the Interior and Local Government (DILG) Secretary Eduardo Año, who announced Sunday that he has again tested positive for Sars-CoV-2, the virus that causes Covid-19.

Social media users speculated that the President may have contracted the virus.

Roque said the term “perpetual isolation” is a figure of speech he used to highlight the prudence exercised by the PSG.

“Much as he (Duterte) wanted, for instance, to shake the hands of those present during his fifth State of the Nation Address (Sona), the PSG discouraged the President from doing so as part of precautionary measures of maintaining physical distance,” he said.

“The transcript of the briefing would bear me out that I put ‘perpetual isolation’ in proper context when I followed this remark with the sentence that the PSG has done a really good job in making sure that no one really comes close to the President,” he added. (SunStar Philippines)