ALA Boys ponder on future 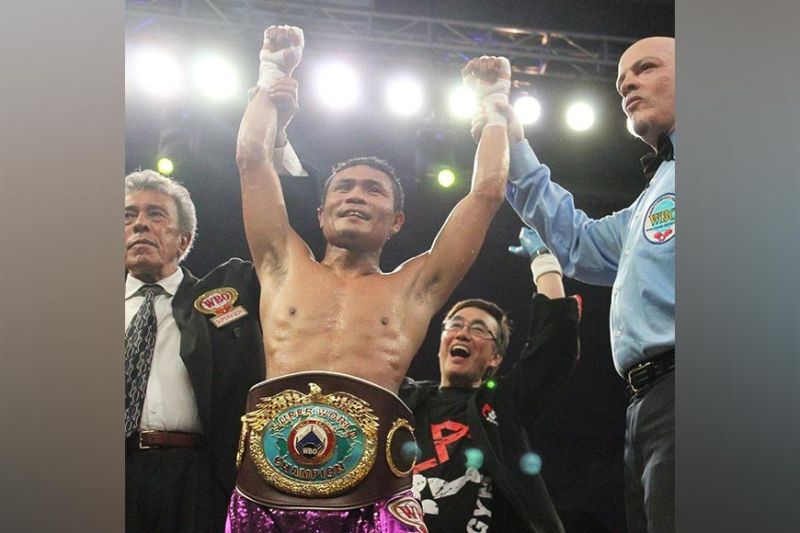 WILLING TO RETURN TO THE RING. The most decorated ALA Boy four-division world champion Donnie Nietes is willing to return to the ring coming from a long layoff if ever he’s offered the right fight. Nietes is one of the boxers handled by the ALA Boxing. (CONTRIBUTED, ALA)

THE famed ALA Boys are pondering on their next move following the closure of ALA Boxing.

Four-division world champion Donnie Nietes, the most decorated ALA Boy, is still willing to return to the ring coming from a long layoff if ever he’s offered the right fight.

“I still have the drive. I will fight if ever the offer is good. I’ll work my way back into shape,” the 38-year-old Nietes told SunStar Cebu.

Nietes last saw action on Dec. 31, 2018, when he won his fourth division world title with a split decision over Kazuto Ioka in a World Boxing Organization (WBO) super-flyweight title fight in Macau.

Nietes is willing to fight the stars of the super-flyweight division, the likes of Juan Francisco Estrada, Roman Gonzalez and Srisaket Sor Rungvisai.

“I believe I can still fight at a world-class level. Everything depends on discipline,” said Nietes, who has a win-loss-draw of 42-1-5 with 23 knockouts.

Former International Boxing Federation light-flyweight champion Milan Melindo and one-time world title challenger Jonas Sultan plan to rest as of the moment before making a decision on their future.

“My plan is to chill for now,” he 32-year-old Melindo said. “For now, there is still a pandemic. I think boxing will return to normal in a year or two. I’ll train secretly for my return to boxing. I’ll have a different aura. I want to have less talk and more work on my preparation. I won’t rush things. I lift everything up to God. It’s the best way.”

The 28-year-old Sultan will return to his hometown in Tampilisan, Zamboanga del Norte, rest there for a while and spend time with his family.

“For now, I’m going to go home and relax. I think it’ll still be a long time before I can return to the ring,” he said. “I still have no plans right now. I still don’t know where I will go.”

Highly ranked minimumweight Melvin Jerusalem is still weighing on his options. He hopes to get a world title fight soon.

“Coach Edito (Villamor) still has plans for me to fight. I’ll just wait on what I believe is good for me. I have already received a lot of offers,” said Jerusalem, who wants to either sign with Manny Pacquiao’s MP Promotions or a promoter in Japan.

WBO No. 12 rated super flyweight KJ Cataraja, on the other hand, know what he wants to do and he plans to bring his longtime coach Peter Cuizon with him.

“I’m a free agent already. I want to apply for Japan. My mind is set,” he said. “I want to bring coach Peter. He was my coach since my amateur days. I’ll find a way to bring him there with me.”

Meanwhile, Albert Pagara and Jeo Santisima plan to stick together by signing up with the same promoter.

“I have not made up my mind but I will take Jeo with me. I want to help him. He’s like a brother to me,” said Pagara.

“I’m just waiting for what is good. I’ll still continue my career,” said Santisima, who just fought for a world title last February before the Covid-19 pandemic struck.

Pagara said he has received a lot of offers from different promoters all over the world. But he’s leaning on signing with MTK Global.