Filipinos urged to emulate Ninoy, be heroes amid pandemic 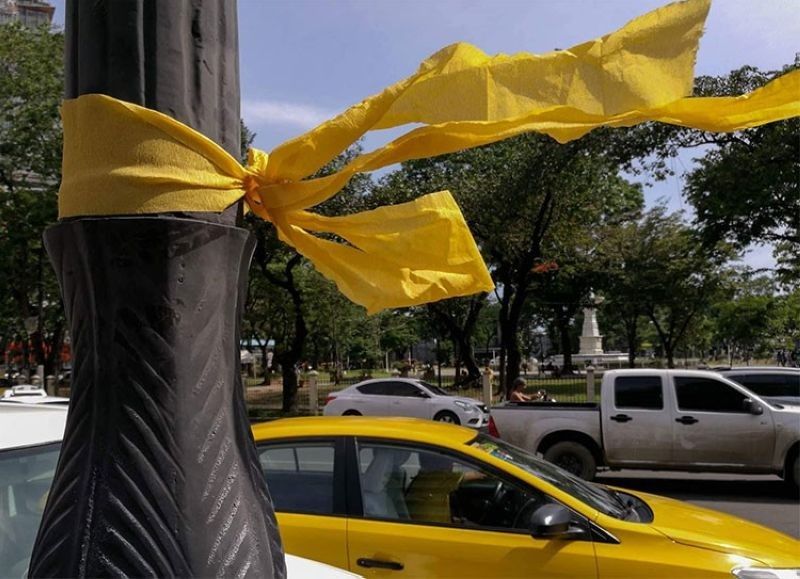 CEBU. Filipinos tied yellow ribbons around trees to welcome Benigno Aquino Jr. home on August 21, 1983. He was shot dead upon his arrival, sparking massive protests that led to the downfall of the late dictator Ferdinand Marcos. (SunStar File Photo)

PRESIDENT Rodrigo Duterte on Friday, August 21, 2020, called on all Filipinos to work closely with the government in fighting the Covid-19 crisis and emulate the late senator Benigno “Ninoy” Aquino Jr. by being “heroes through acts of discipline, goodwill, and social responsibility”.

"As this important occasion is remembered during this time that we are facing a global public health crisis, may we emulate Ninoy’s courage and patriotism so we may all be heroes through acts of discipline, goodwill, and social responsibility,” Duterte said in his message on the occasion of Aquino’s 37th death anniversary Friday.

“I call on everyone to cooperate and work with the government so that we may keep ourselves, our families and our communities safe. May we also generously share our resources to those who have less in life during these trying times,” he said.

Aquino was shot dead as he disembarked from the plane that brought him home on August 21, 1983 from exile in the United States (US).

His death sparked widespread protests that culminated in the 1986 People Power Revolution, which ousted the late dictator Ferdinand Marcos.

Vice President Leni Robredo, for her part, recalled how Aquino was killed and how he voiced out "truth to power."

"We remember his death: How he was murdered before he even set foot on the tarmac, coming home from exile to continue the struggle for our freedoms and dignities. We remember why he was killed: For speaking truth to power. For believing that we deserve better as a people. For hoping, and acting on that hope, and being brave enough to lay down his life for that hope, " Robredo said.

The Vice President noted how the death of Aquino ignited rallies against oppression.

"Most of all, we remember what his death meant for the entire nation. Sa halip na matakot, lalo tayong tumapang. Sa halip na sumuko, nagkaisa tayo at tumindig," she said.

“In Ninoy’s death, we began to realize how we are all bound together— even more tightly during times of oppression, suffering, and crisis,” she added.

Robredo called on the Filipinos to draw inspiration from Aquino.

"From his courage, from his steadfast faith in our people, from his heroism. Kaisa ako ng buong sambayanang Pilipino sa paggunita sa kabayanihan ni Ninoy Aquino," she said.

Detained Senator Leila de Lima said Aquino showed his "indomitable spirit and love of country" by facing all risks of returning to the Philippines.

Senator Risa Hontiveros said that Aquino’s death must not be forgotten for “deaths like these are built on extraordinary hope and an unwavering love for the Filipino."

"There was fear that day, 37 years ago. But there was also anger and a passionate desire to do something because things should not remain the same, " she added.

Hontiveros said Filipinos must be aware of the injustices amid the Covid-19 pandemic.

"Today, we are met with similar challenges. In the middle of a global pandemic, we are faced with threats to our democracy and liberties. Killing has become part of our daily language and we wake up with deaths by the thousands," she said.